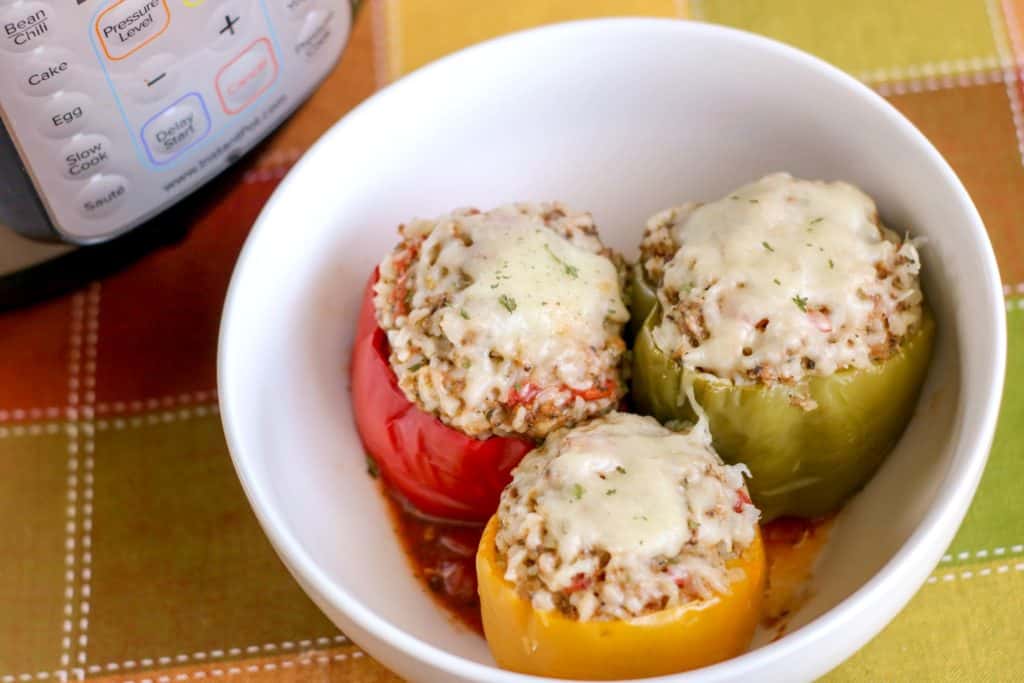 I’d like to say that dinnertime is less hectic during the summer but in reality, it’s just as busy as any other time. In fact, I think in some ways it’s busier because there’s always some type of activity going on. I try to keep takeout to a minimum and instead rely on easy tasty recipes that everyone loves. 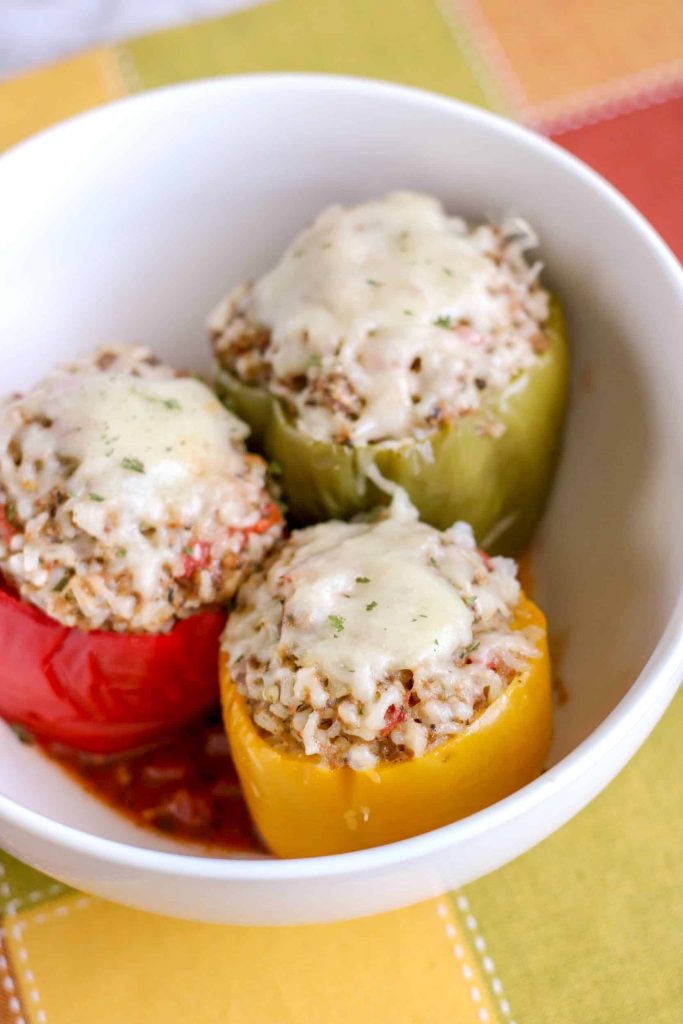 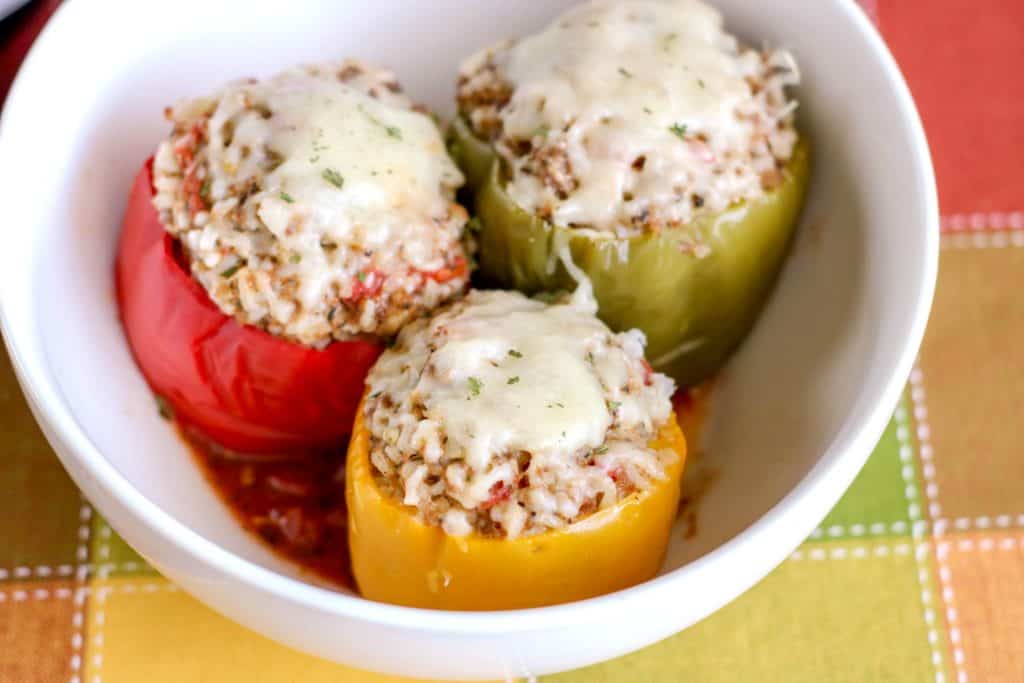 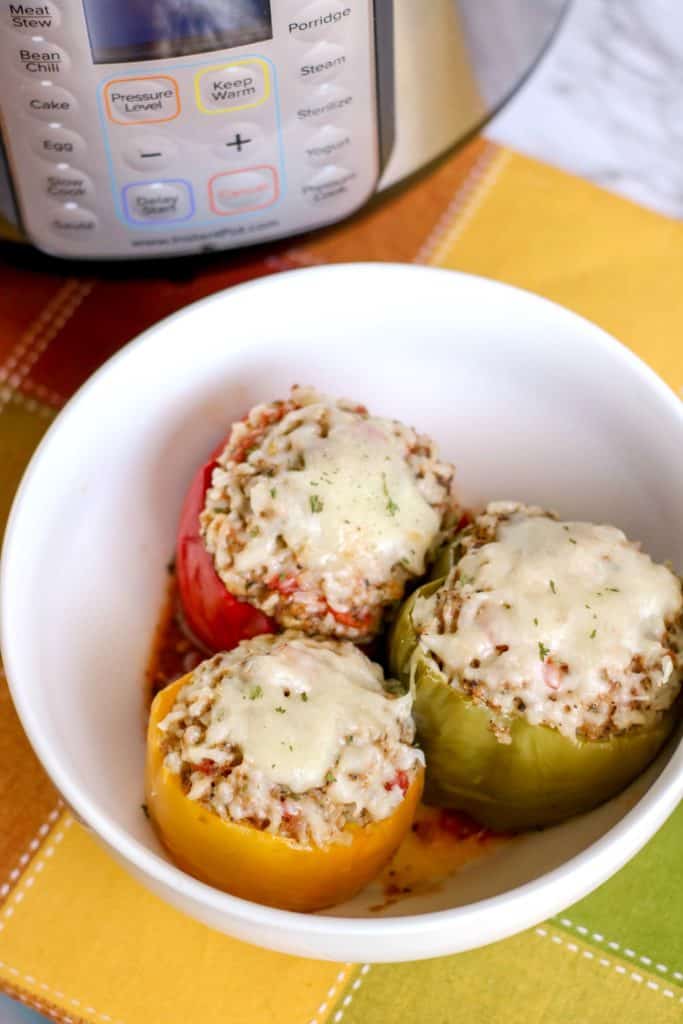 For my family I use rice but these stuffed peppers can easily be made low carb by swapping rice with cauliflower rice (microwavable cauliflower rice saves time and taste just as good as homemade) and using pork rinds in place of bread crumbs!

Want to make this recipe and still have a low carb serving for yourself? Follow step 4 below and before adding rice scoop out a small portion of the mixture and mix with cauliflower rice. 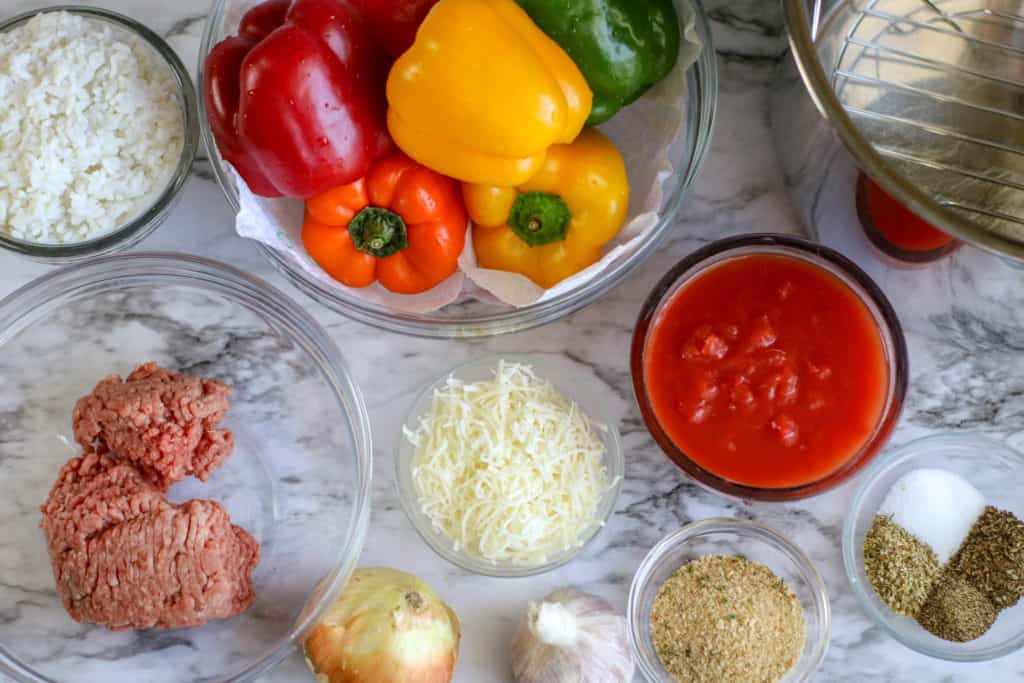 1. Remove the tops, core, and seeds from each bell pepper.  Tip: poke holes into peppers before stuffing to allow fat to run out. 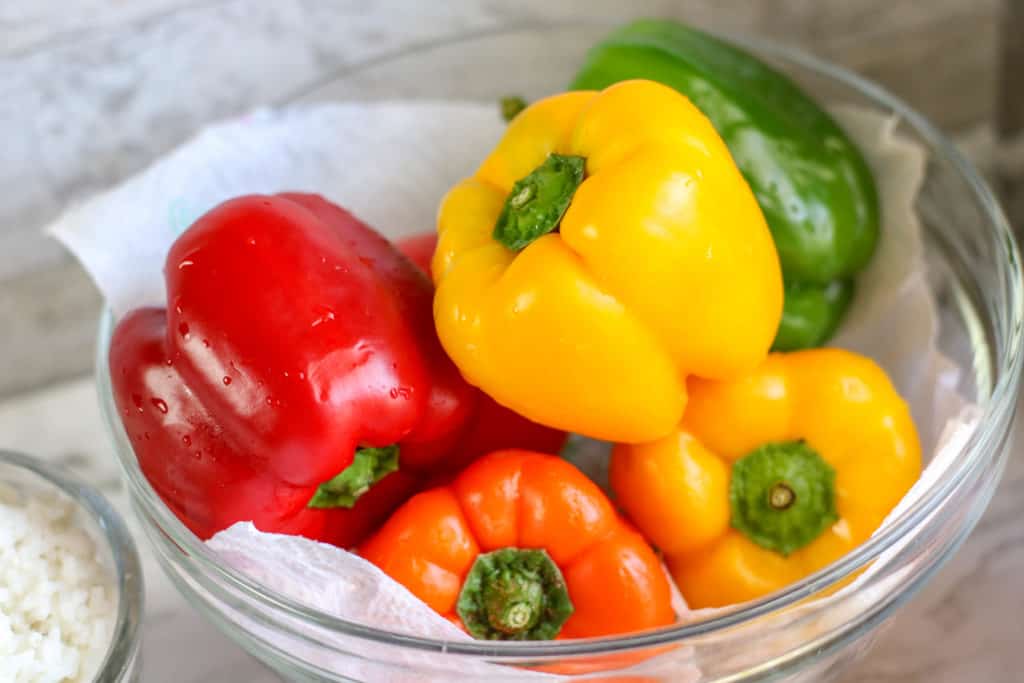 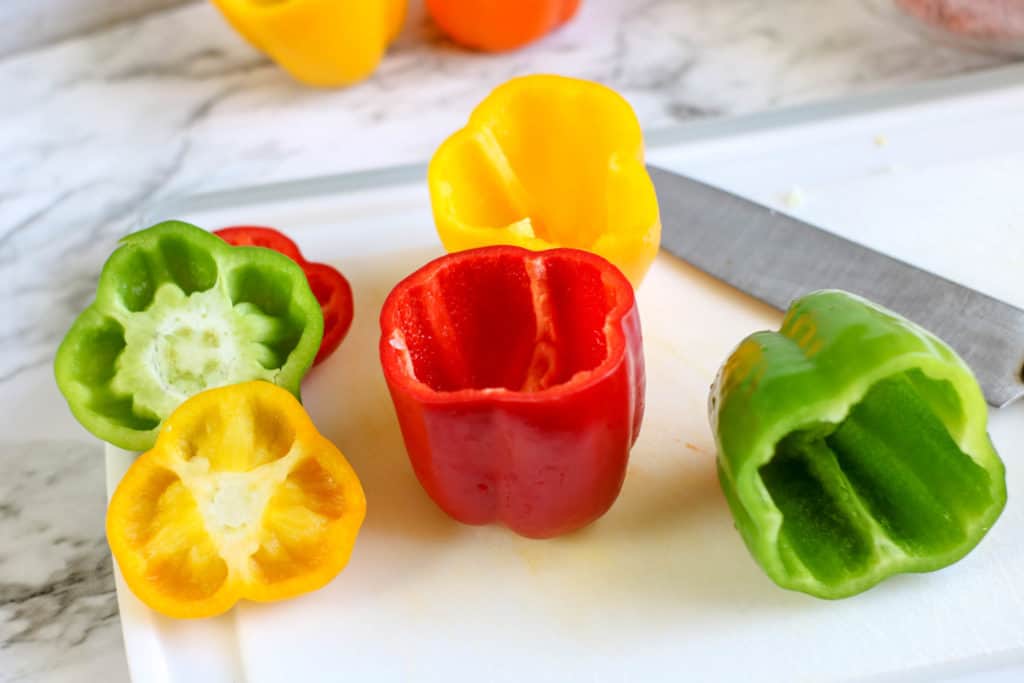 2. In a small bowl, stir together salt, black pepper, basil, and oregano. Measure 1 teaspoon and set aside for the sauce. 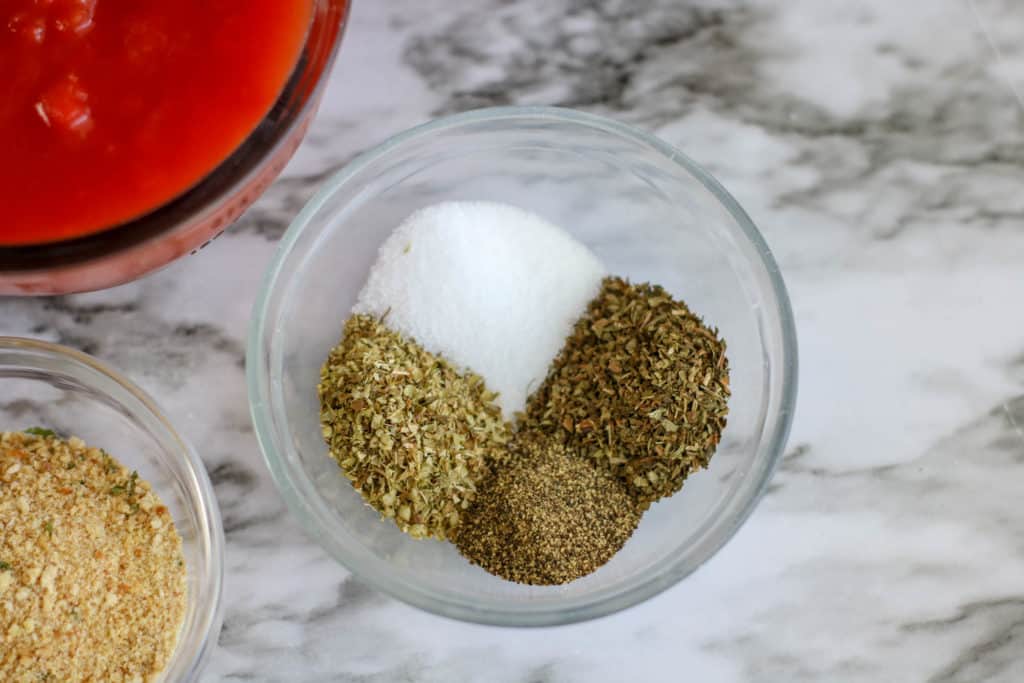 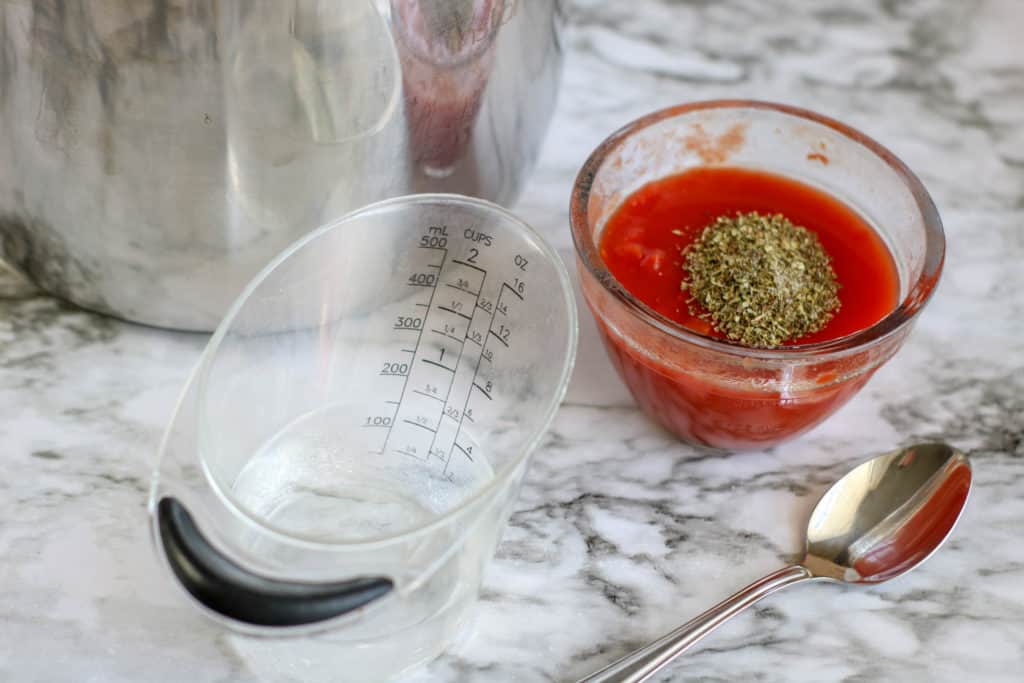 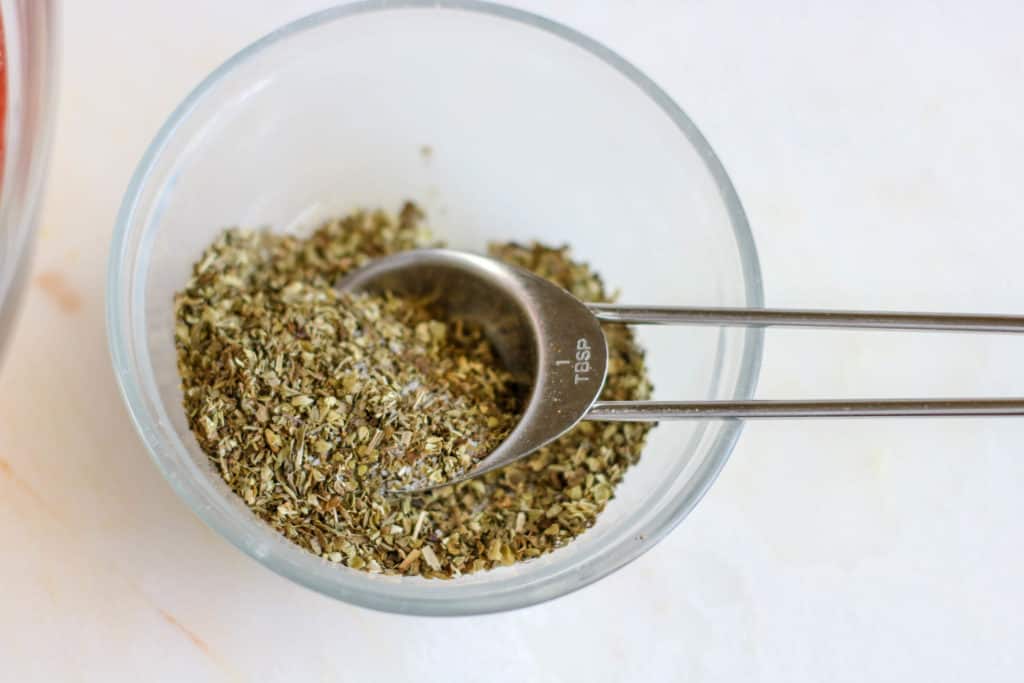 3. Using a slotted spoon remove about ¼ cup of the diced tomatoes from the can and place in a large bowl. Pour remaining tomatoes and juice into the liner of the electric pressure cooker. Stir in water and 1 teaspoon dried seasonings. Add the trivet over the sauce. 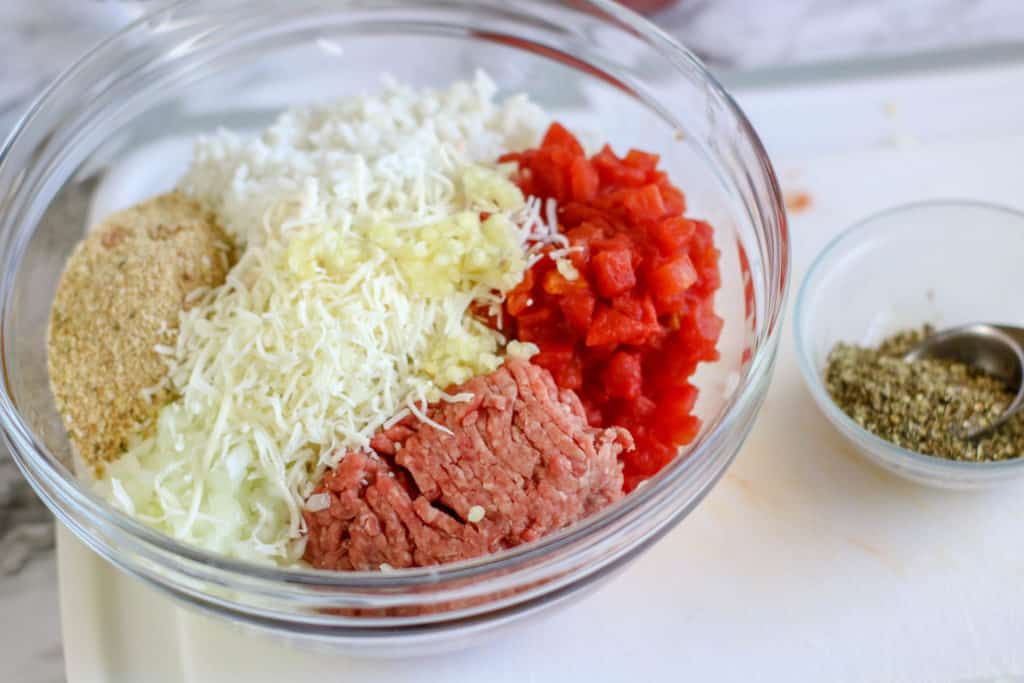 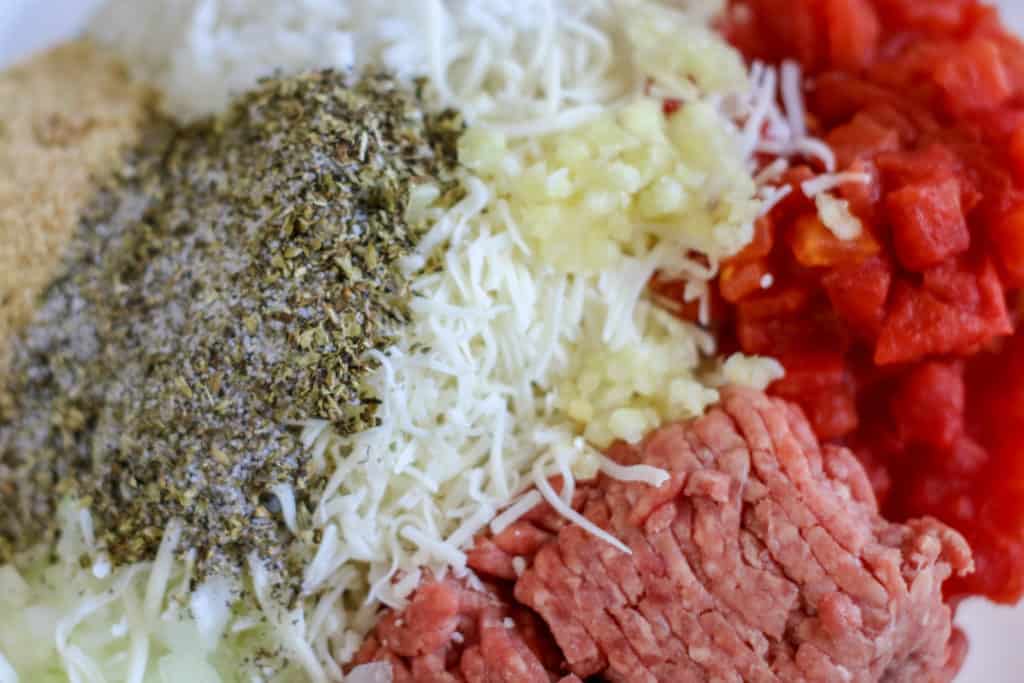 4. In the large bowl with the strained diced tomatoes, add the ground chuck, onion, garlic, remaining, dry seasonings, rice, bread crumbs, and ½ cup mozzarella cheese. Blend together well with hands. Divide into equal portions according to the number of bell peppers. 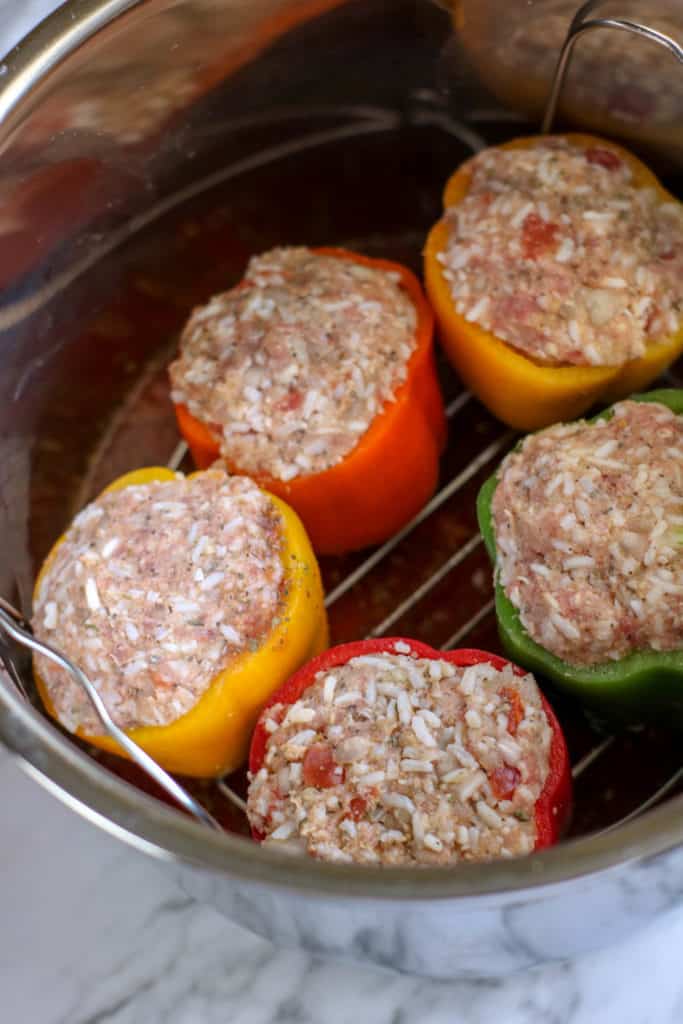 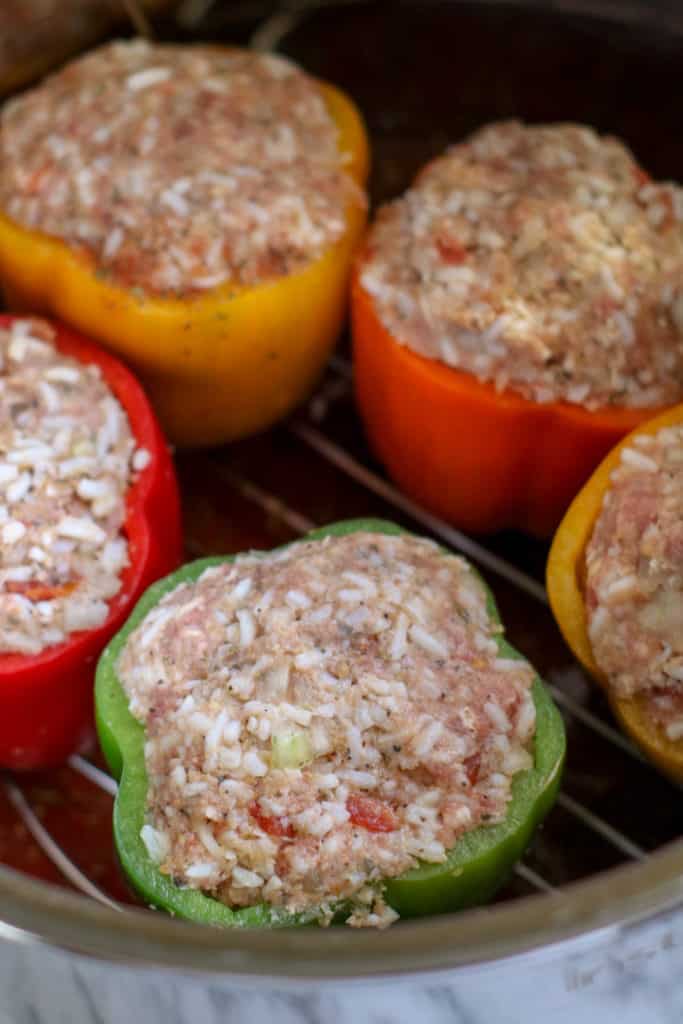 5. Stuff the meat mixture into each bell pepper. Position bell peppers on the trivet inside the electric pressure cooker. 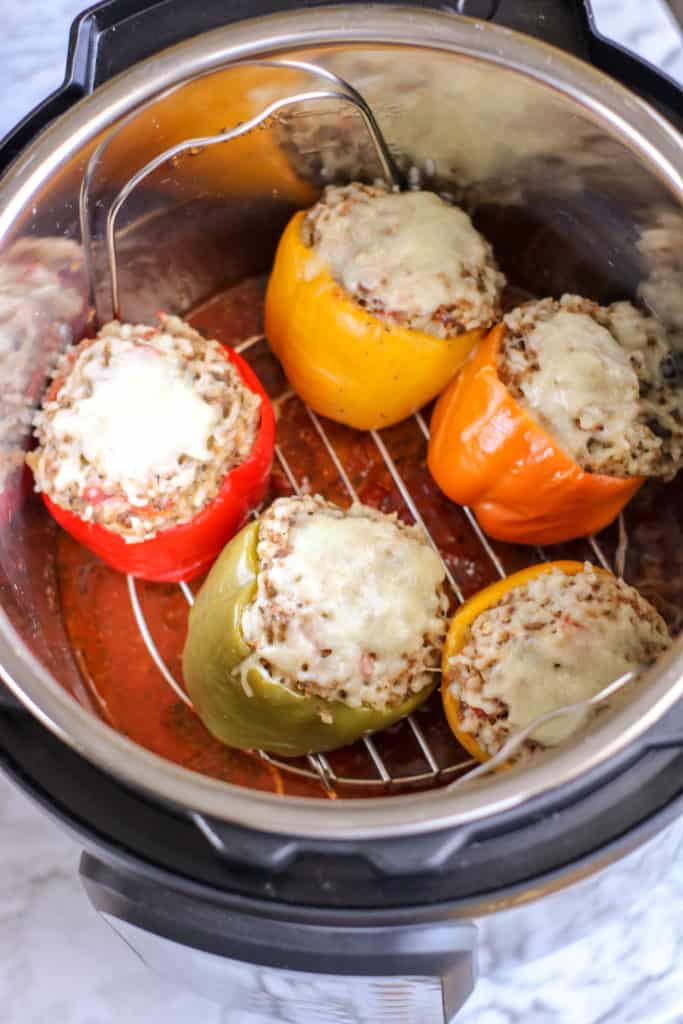 7. Top each pepper with remaining cheese and cover until melted. 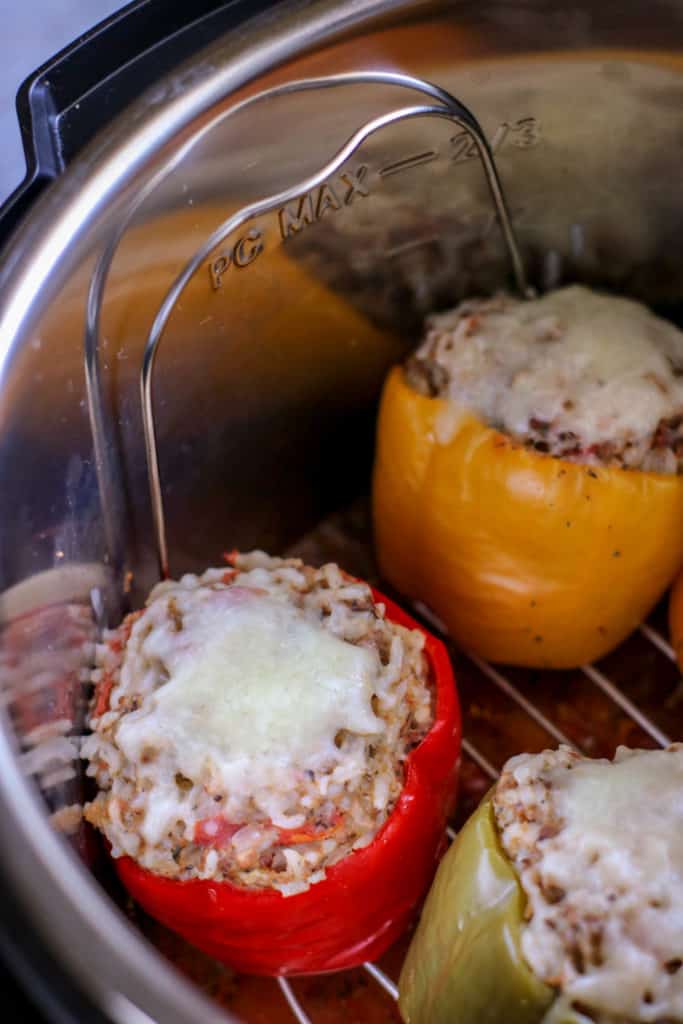 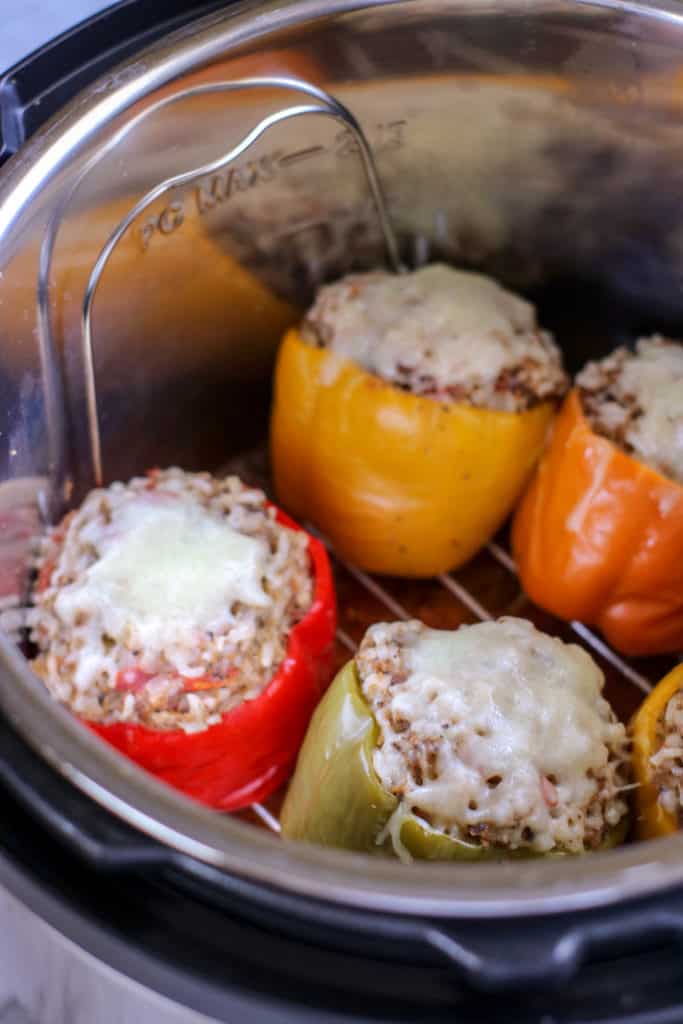 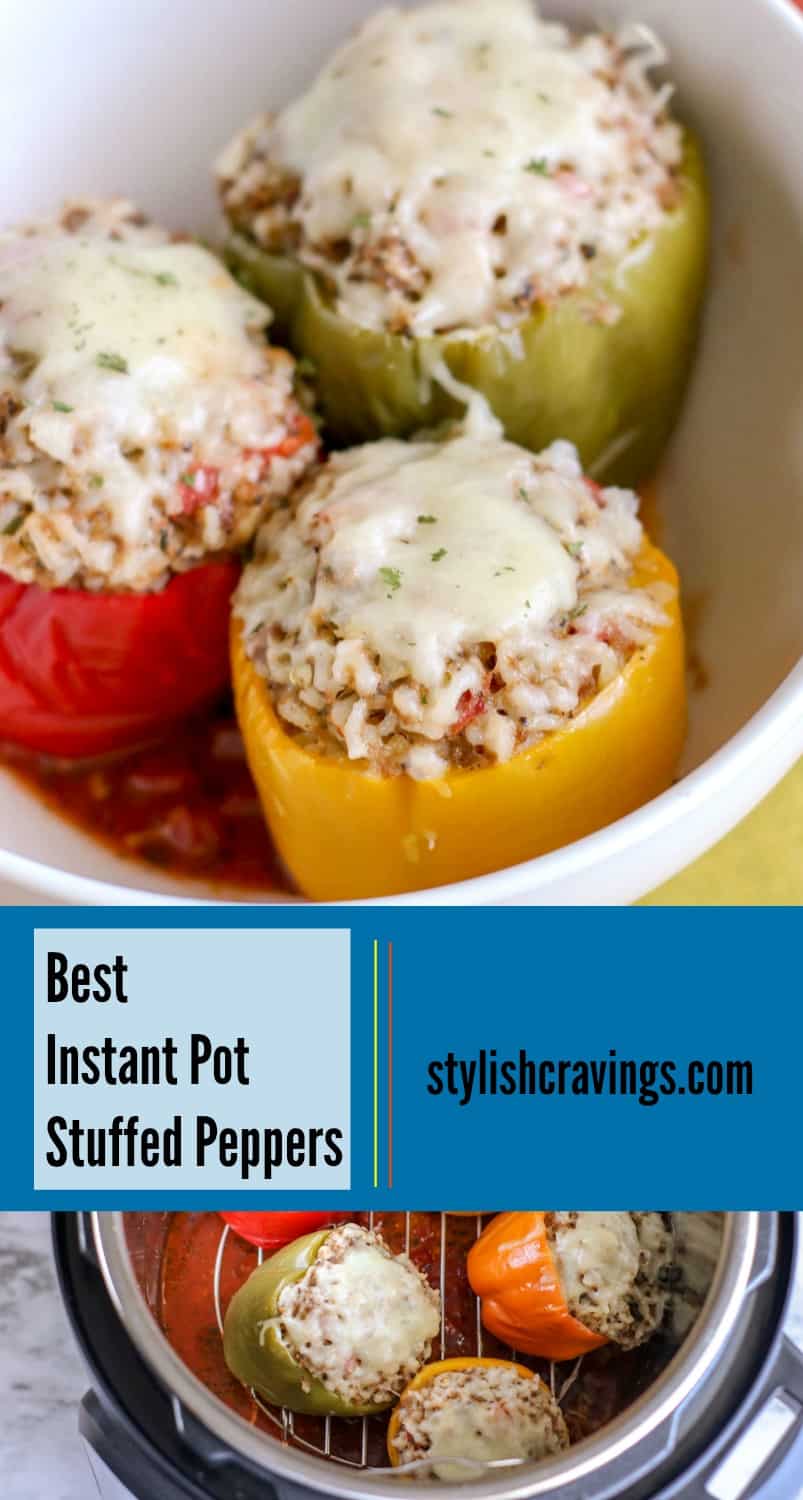 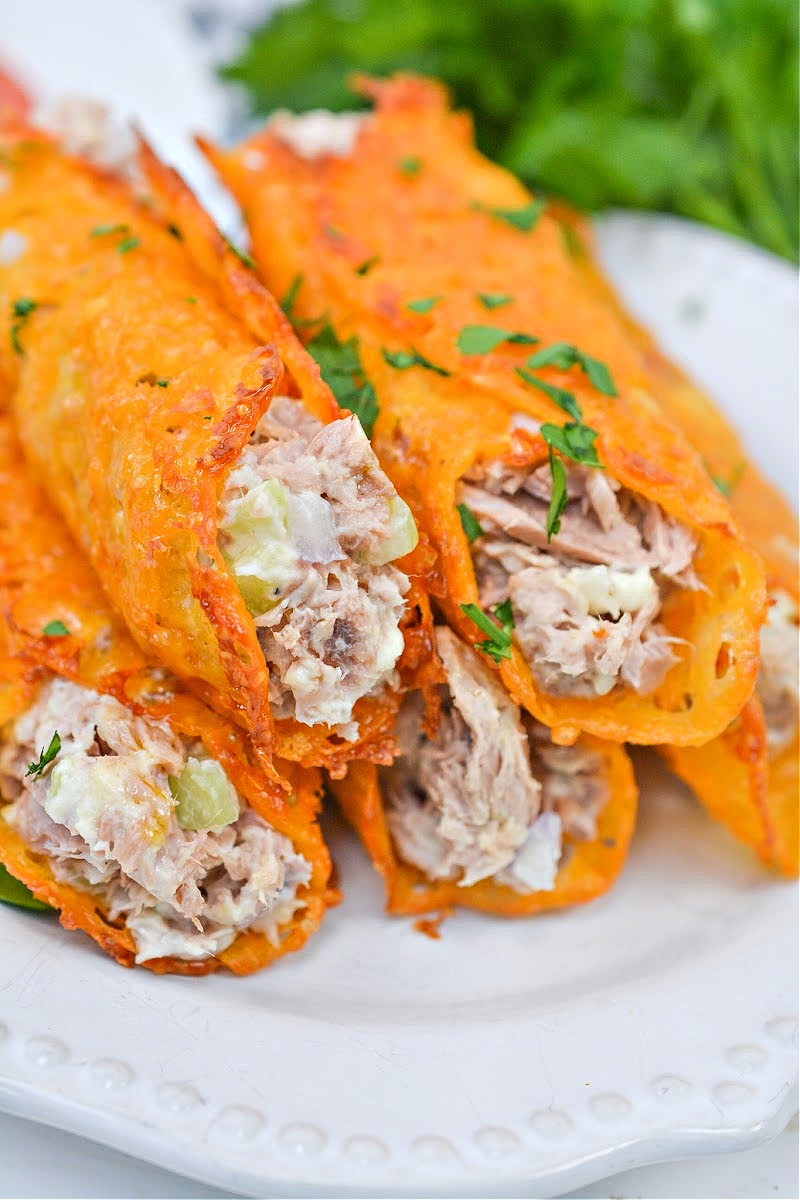 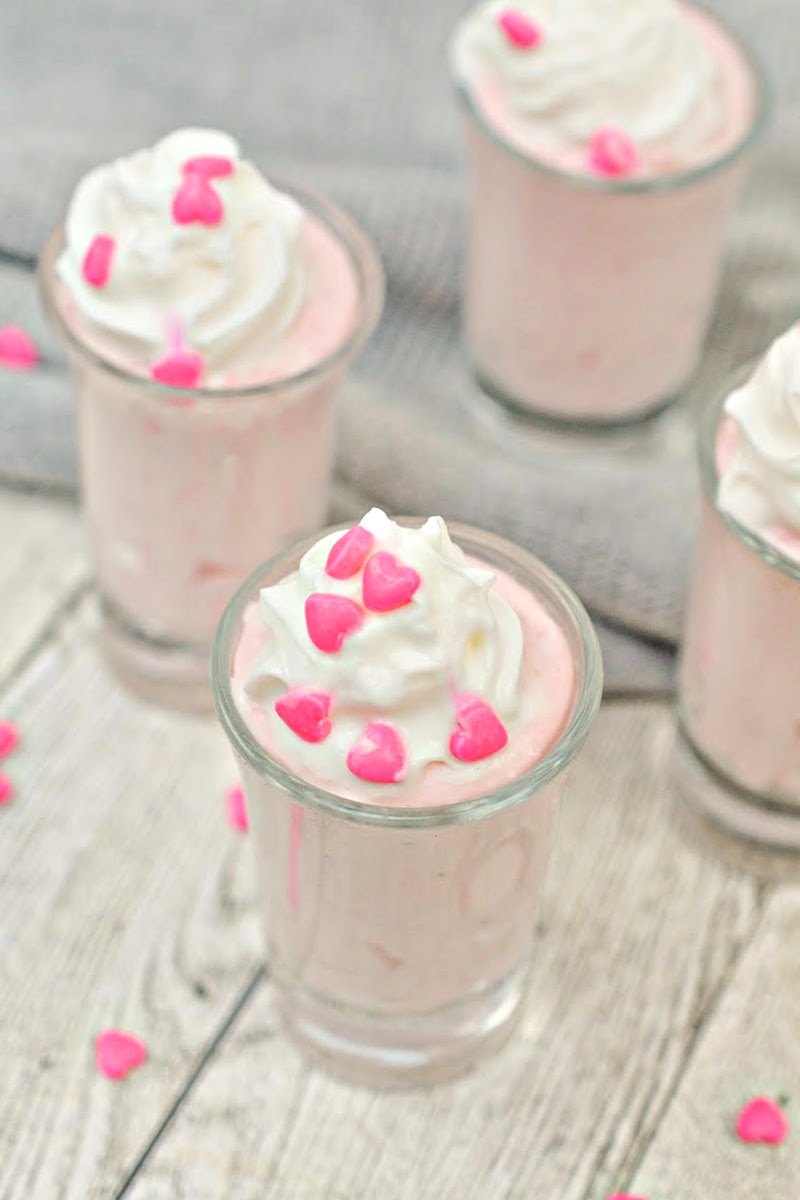