This keto rosemary cloud bread is a flavorful bread replacement as a snack or side dish. Each serving only has 1 gram net carbs! 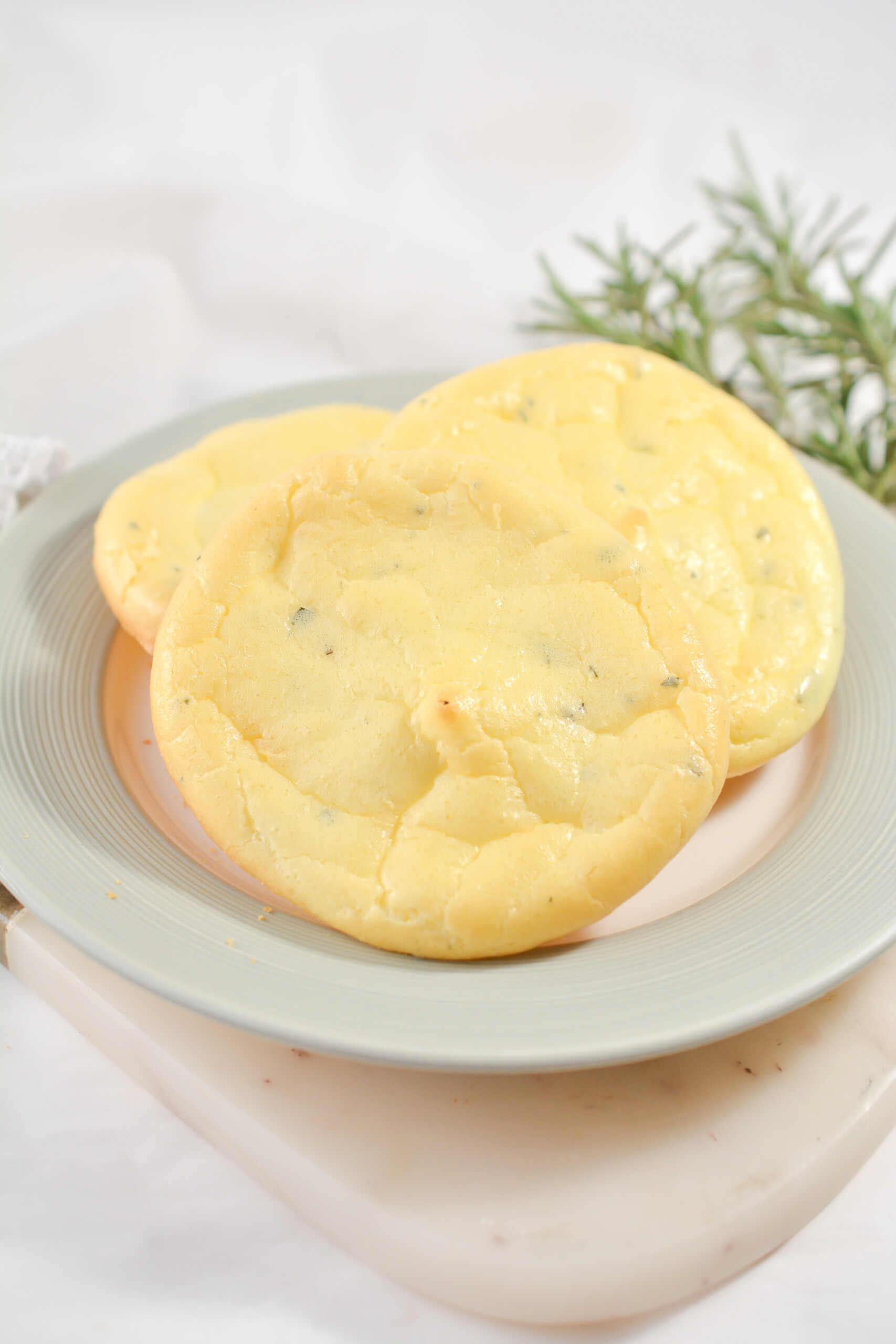 What Is Cloud Bread

In 2020 a TikTok user mixed egg whites, sugar, and cornstarch and made a fluffy bread she called cloud bread.  The actual origins of grain-free keto cloud bread go back 50 years. Dr. Atkins (yes, of Atkins diet fame) created a light low-carb bread made out of eggs, sugar, and cottage cheese.

Since then, lots of food bloggers made their own changes. My recipe, for example, is a combination of eggs, cream of tartar, and cream cheese (and a few more ingredients). The cream cheese makes this bread higher in fat, which is amazing for the keto diet.

What Is Oopsie Bread

If you Google the ingredients for Oopsie bread, you’ll notice they are pretty much the same as cloud bread. This is because a low-carb blogger published a recipe for Oopsie rolls in 2009. The original recipe was called RevolOopsie Rolls and substituted cottage cheese from the Atkins recipe with cream cheese and Splenda. 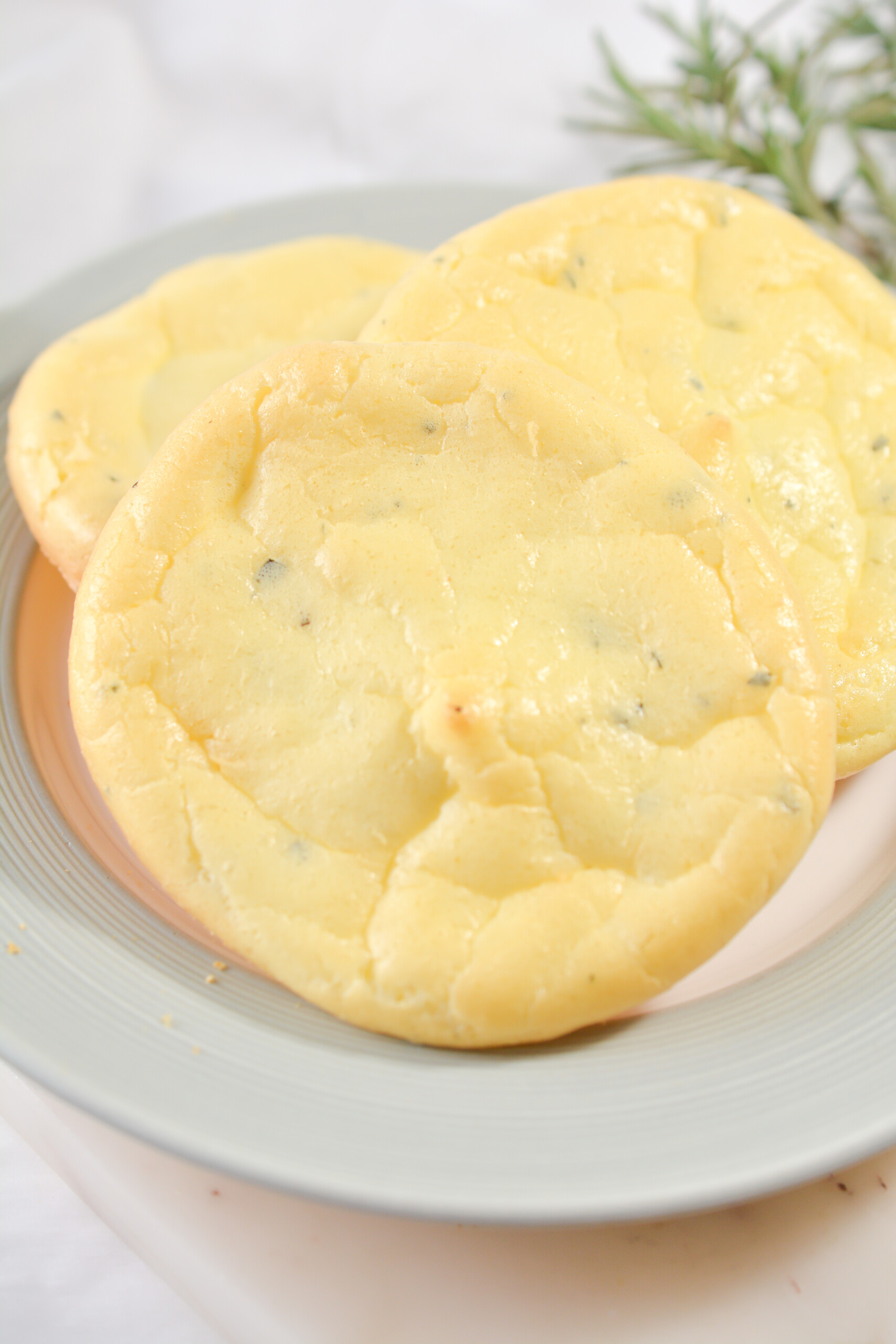 Today, Oopsie bread and cloud bread are pretty much the same things. They are light and fluffy types of bread that are made with a base of eggs and either cream cheese or cottage cheese.

What I love about this cloud bread is that the fresh rosemary brightens the flavor of this bread. It makes it so tasty, that you can serve it as its own side dish. I also like to keep some extra on-hand so I can snack on it. 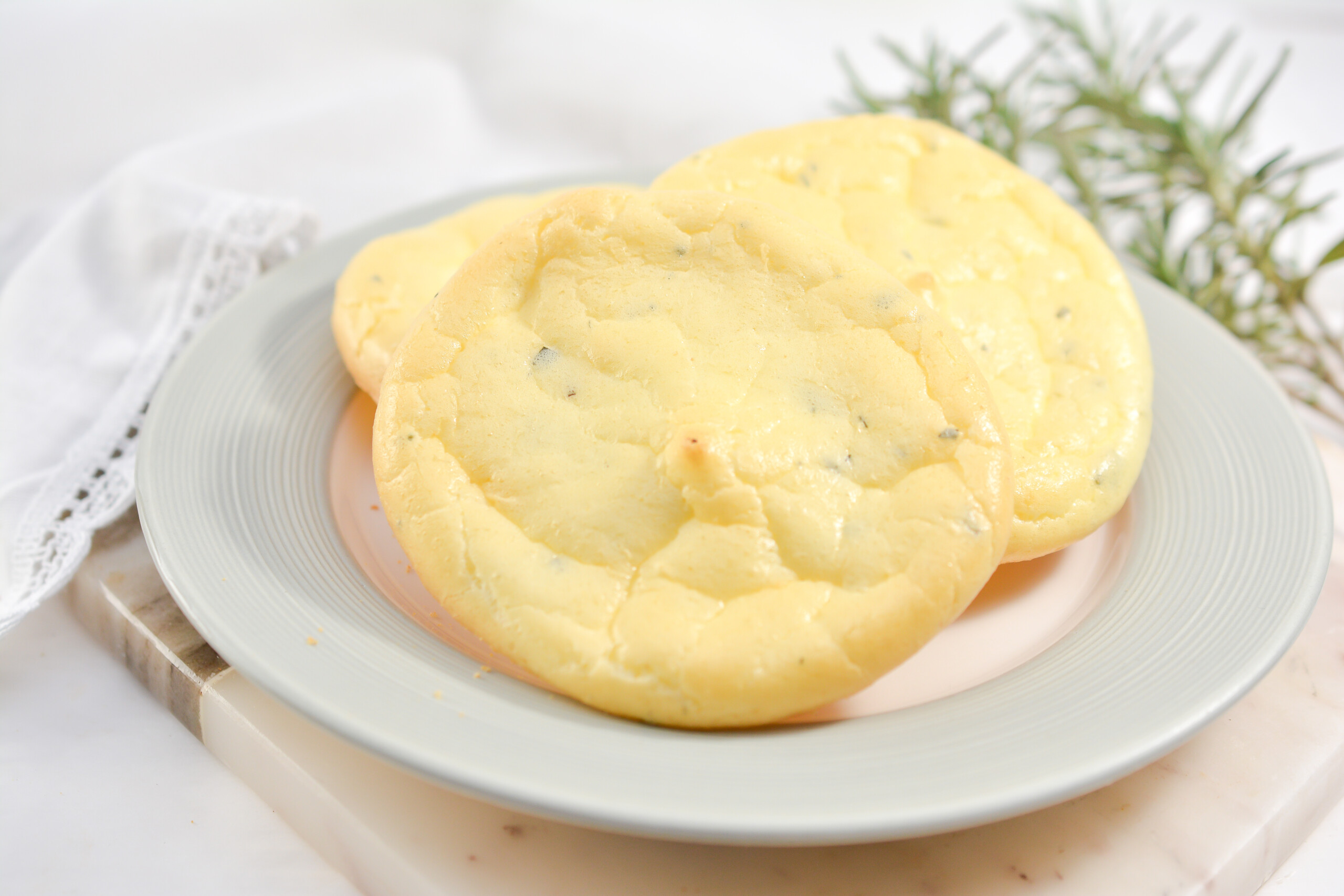 With only 1g net carb per slice, it’s a fantastic snack when I’m feeling the munchies but don’t want to eat a bunch of carbs.

The best way to store it is in an airtight bag or container. Keep it at room temperature for up to one week. It will taste the best when it is hot and fresh out of the oven.

This recipe has all whole ingredients. Use full-fat cream cheese because it will give you the best nutrition and flavor. The only herbs and spices I used is fresh rosemary and garlic powder. 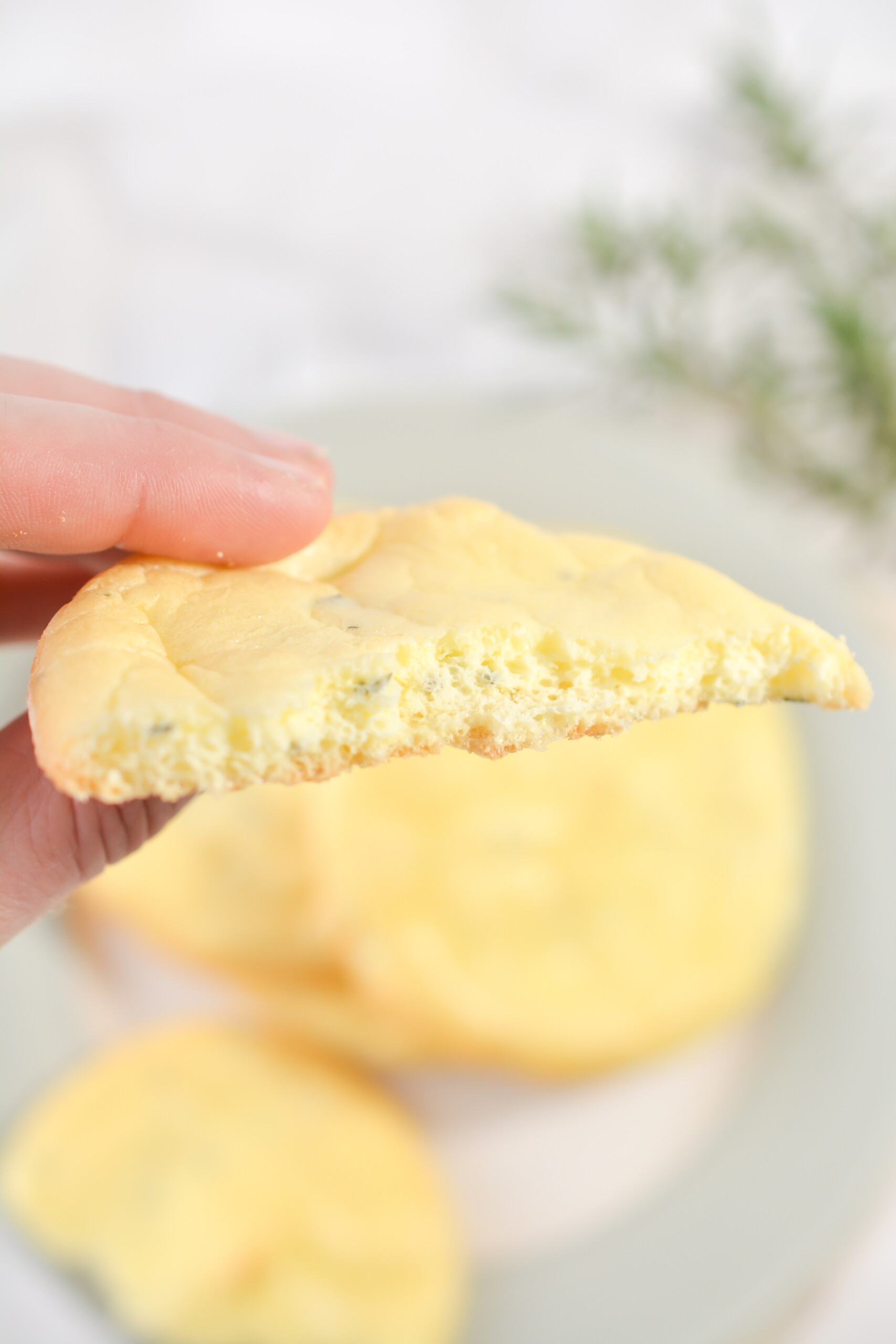 If you wanted to, you could sprinkle some Everything Bagel seasoning on top or add some sea salt flakes for some extra flavor.

For some spice, add some red pepper flakes!

How To Use Cloud Bread

There are a lot of fantastic ways to use cloud bread. Top it with your favorite sugar-free pizza toppings and then put it in the air fryer or under the broiler. Now you have mini pizzas! 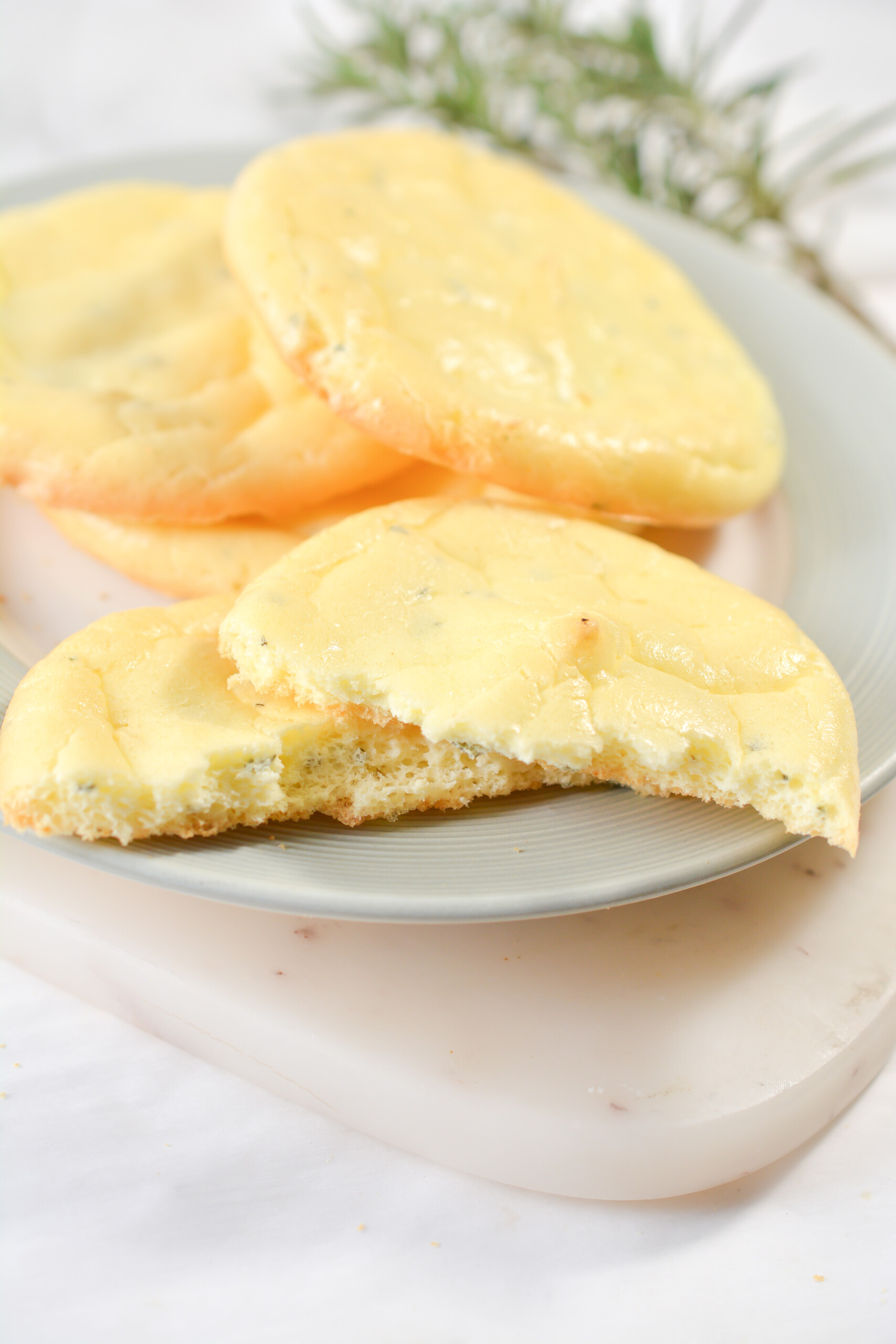 You can also top it with scrambled eggs and hot sauce for a delicious breakfast wrap.

Or, spread some cream cheese and everything bagel seasoning on top and you have a delicious and high-fat snack or post-workout treat. 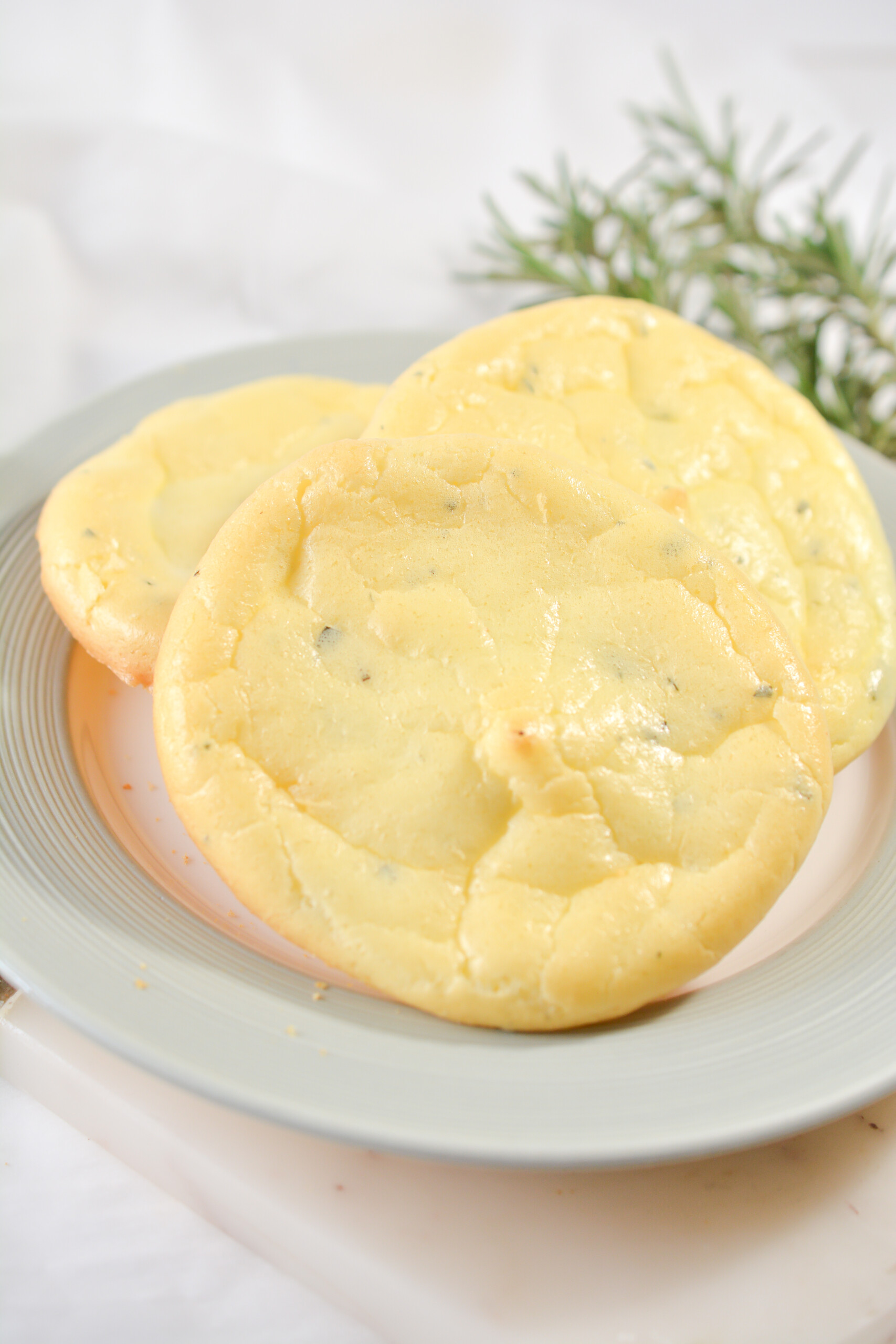 This could bread can also hold deli meat and cheese for an easy and low-carb lunch wrap. Basically, this cloud bread is a fantastic tortilla alternative for anyone that is on a low-carb diet.

Here are the ingredients that you’ll need to make this amazing keto rosemary cloud bread. Exact measurements and instructions are located in the printable recipe card, just a little bit further below.

Preheat the oven to 300 degrees. 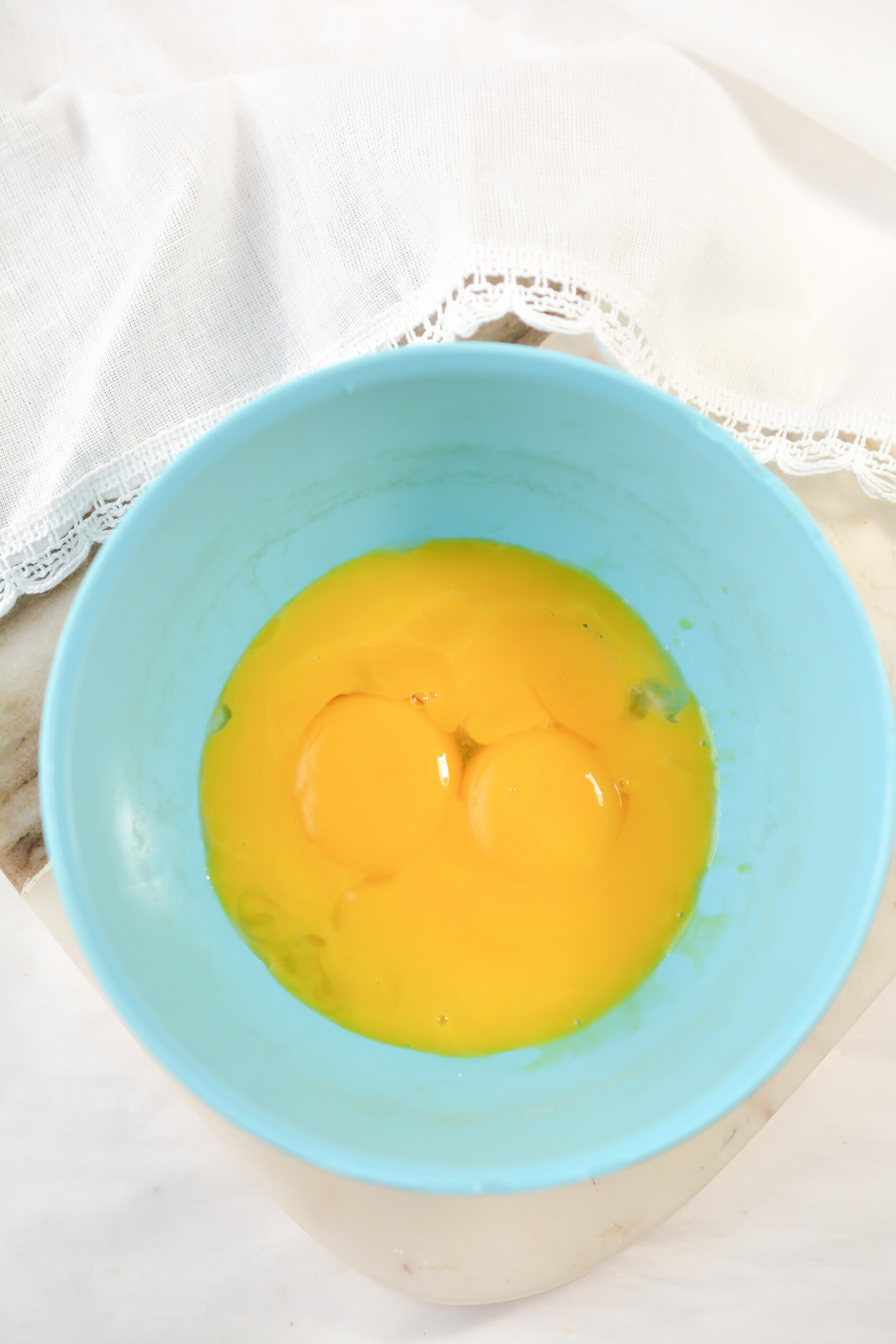 Place the cream of tartar and the egg whites into a mixing bowl, and beat until a stiff meringue has formed. 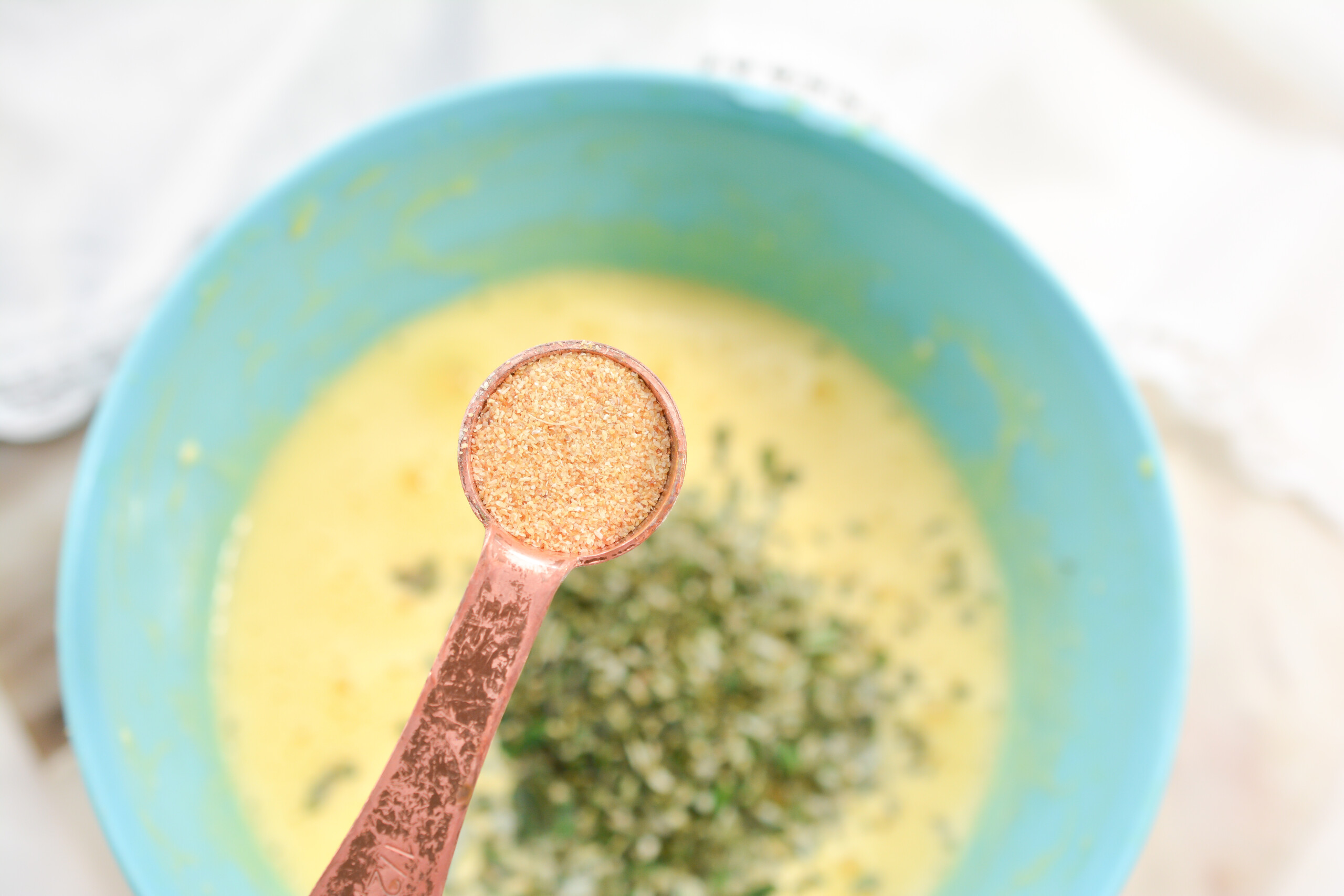 Add the yolks, cream cheese, rosemary, garlic and salt and pepper to taste to a mixing bowl, and whisk together until smooth and creamy. 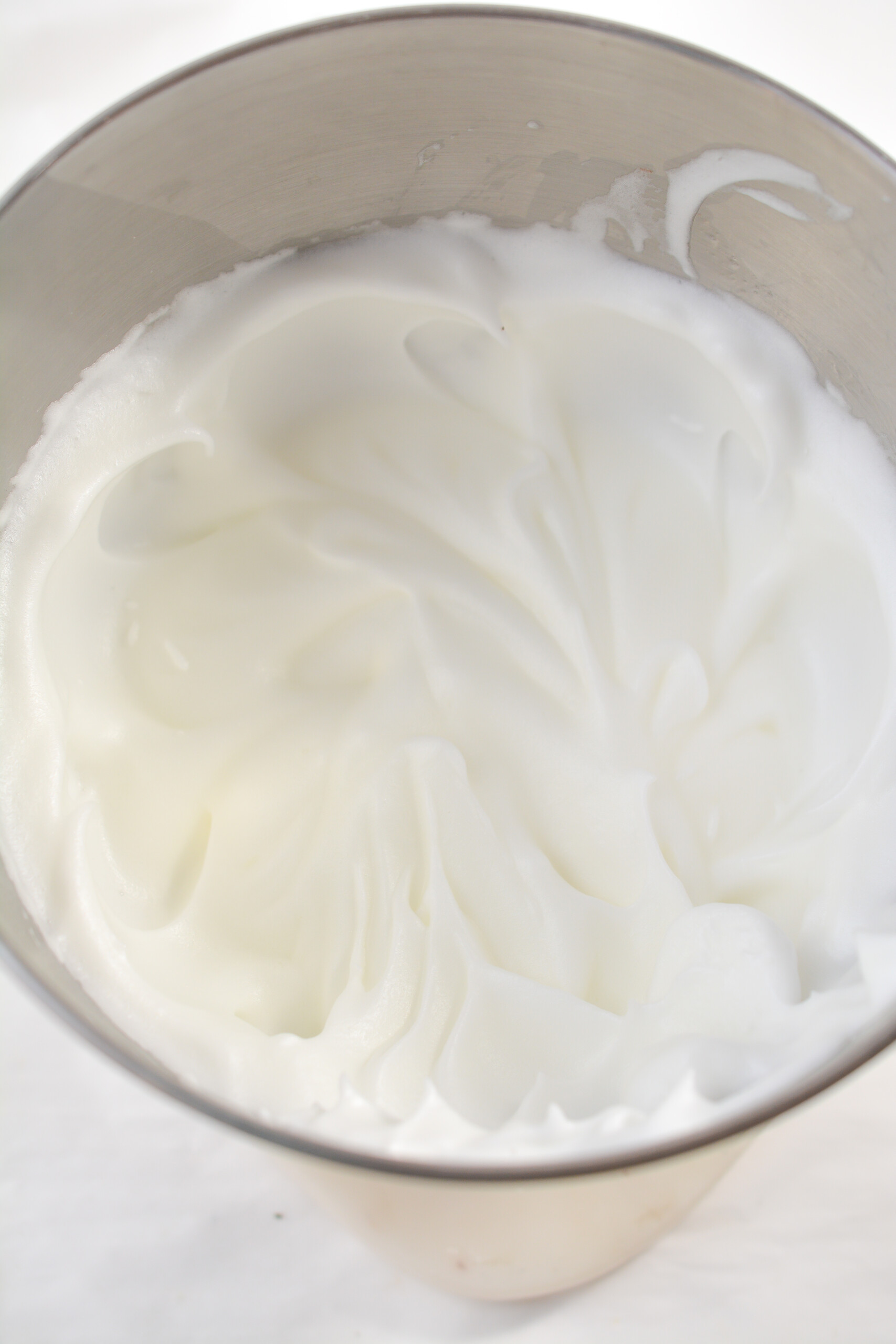 Fold the egg white mixture into the egg yolk mixture, being careful to not overmix. 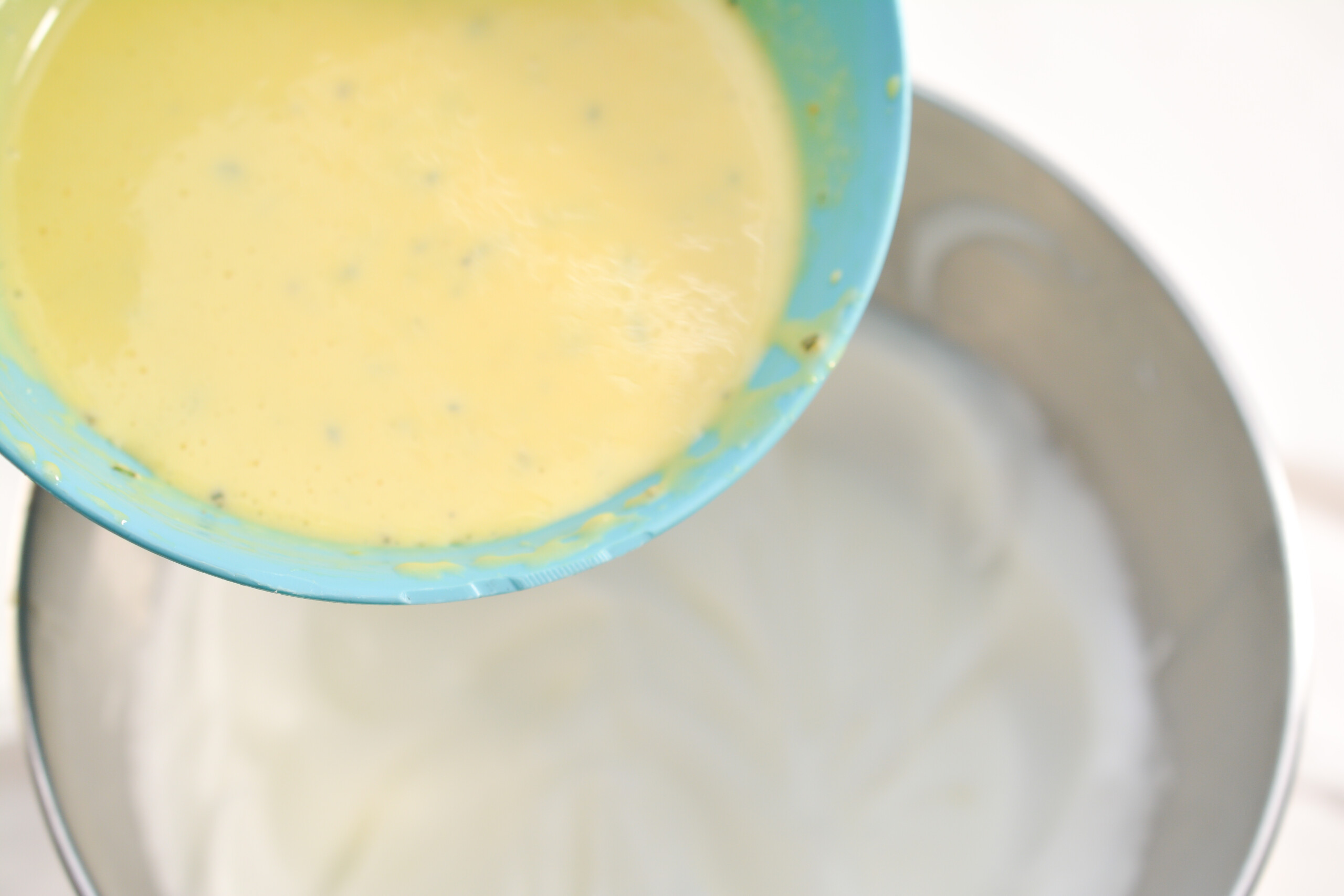 Place the batter in ¼ of a cup portions onto a parchment lined baking sheet, and smooth into circles. 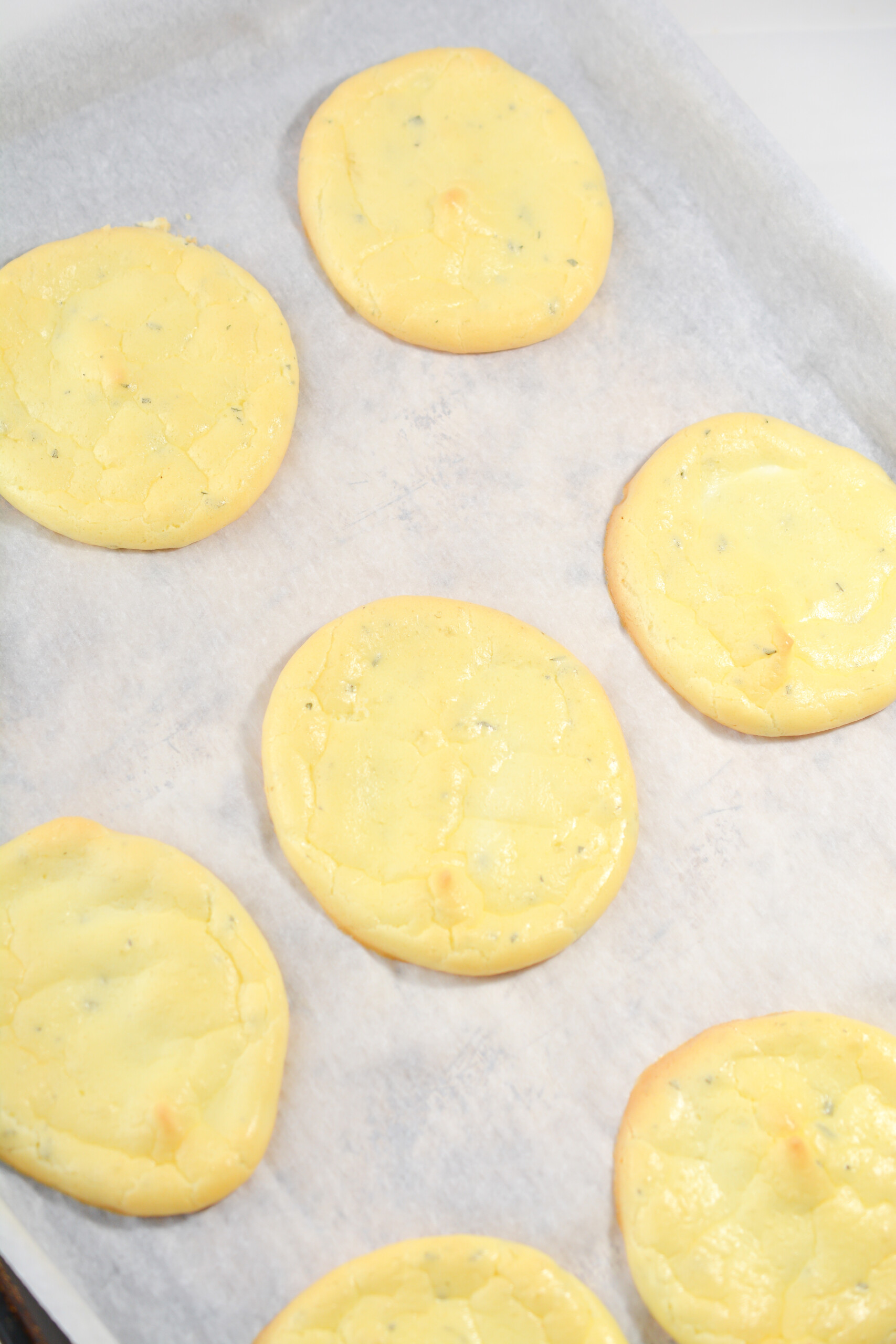 Bake for 25-30 minutes until browned and cooked through. 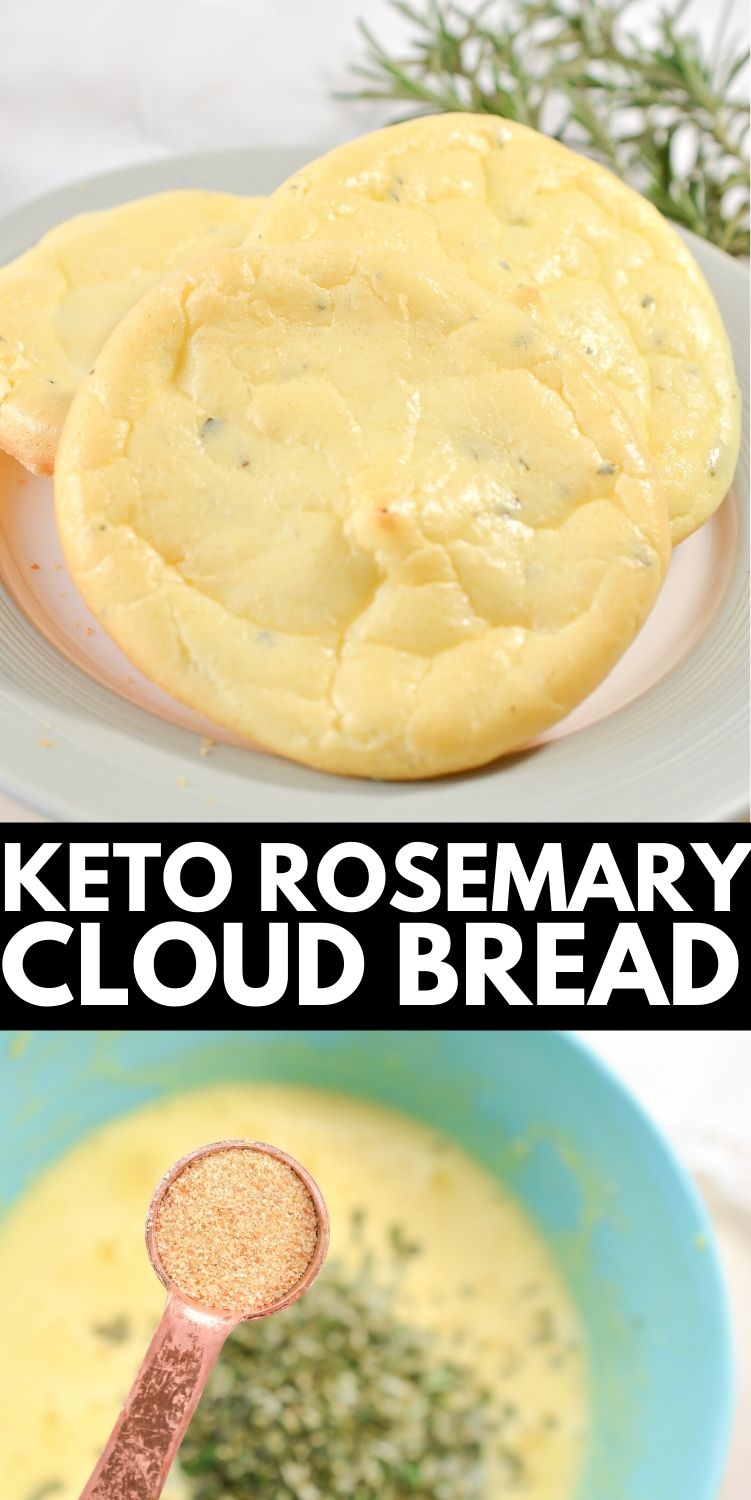 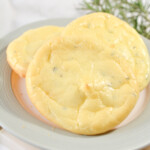 This keto rosemary cloud bread is a flavorful bread replacement as a snack or side dish. Each serving only has 1 gram net carbs!

If you enjoyed this keto rosemary cloud bread recipe, here are some more low-carb bread recipes you should make next. They are all keto-friendly and some of my favorites! 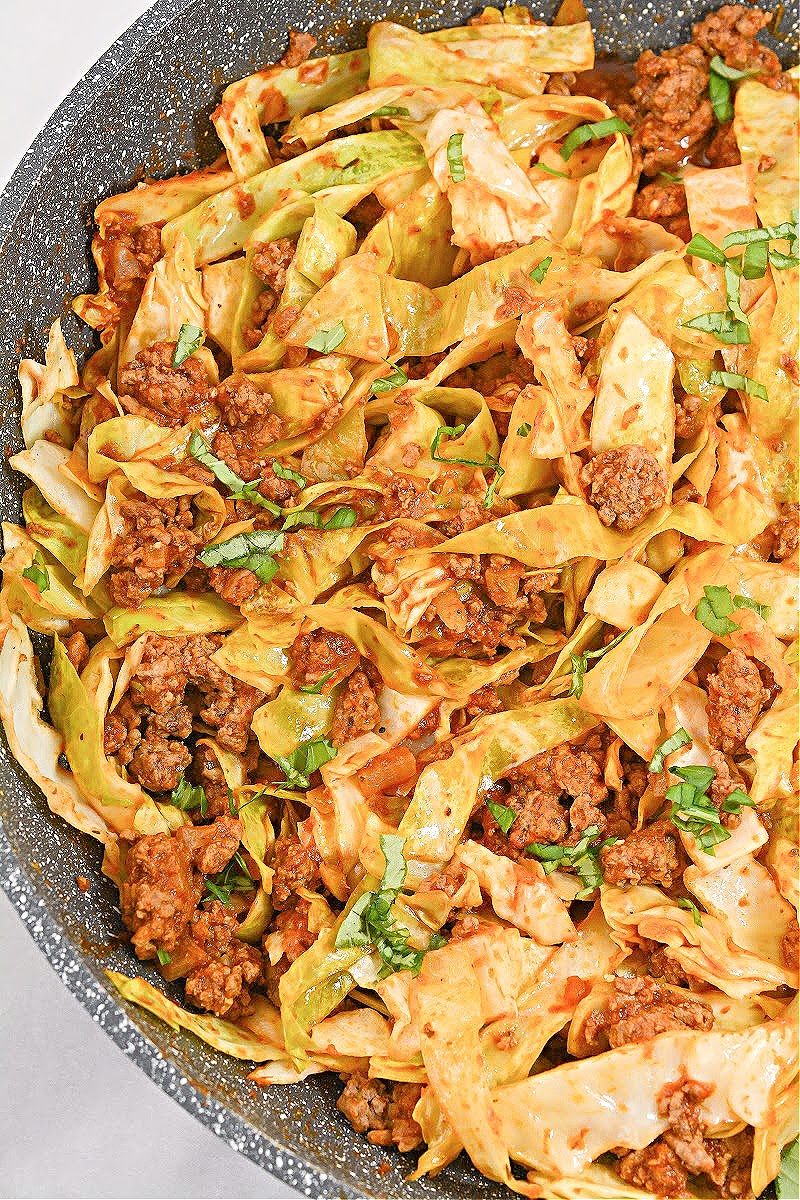 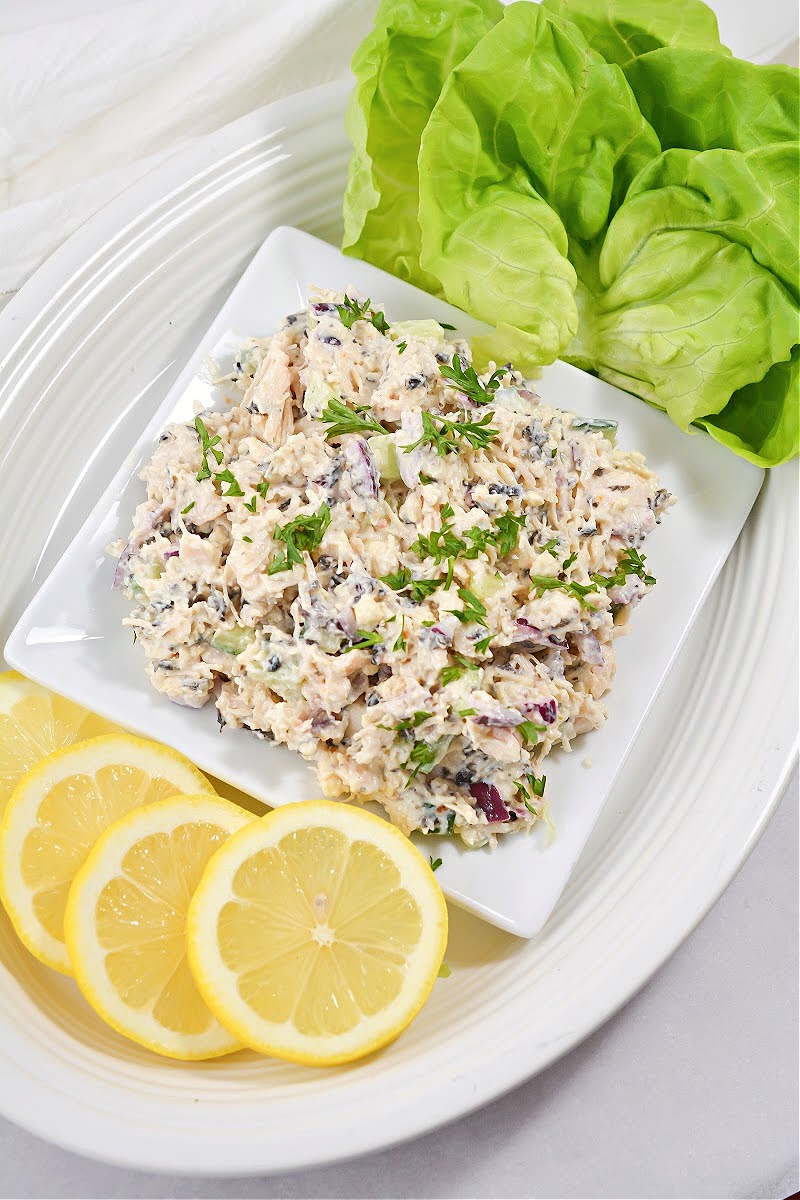