This scrumptious keto tuna noodle casserole tastes just like your favorite noodle recipe – but uses palmini noodles to keep it low-carb. Snag this fantastic recipe and make it for your family next! 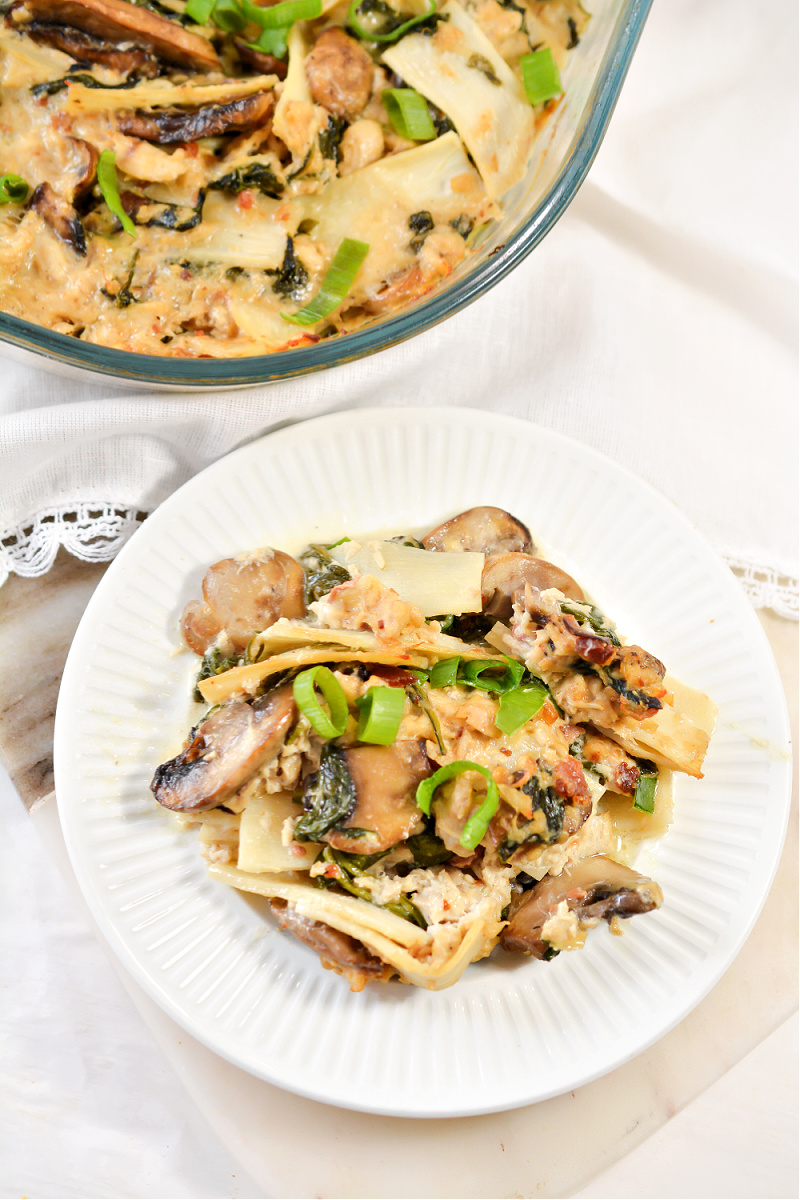 Yes, tuna is keto-friendly. In fact, it is one of the best types of protein that you can eat on a low-carb diet. It is high in healthy fats (like Omega-3 fatty acids) and low in carbs. In fact, it’s not just low in carbs – one can has zero grams net carbs. 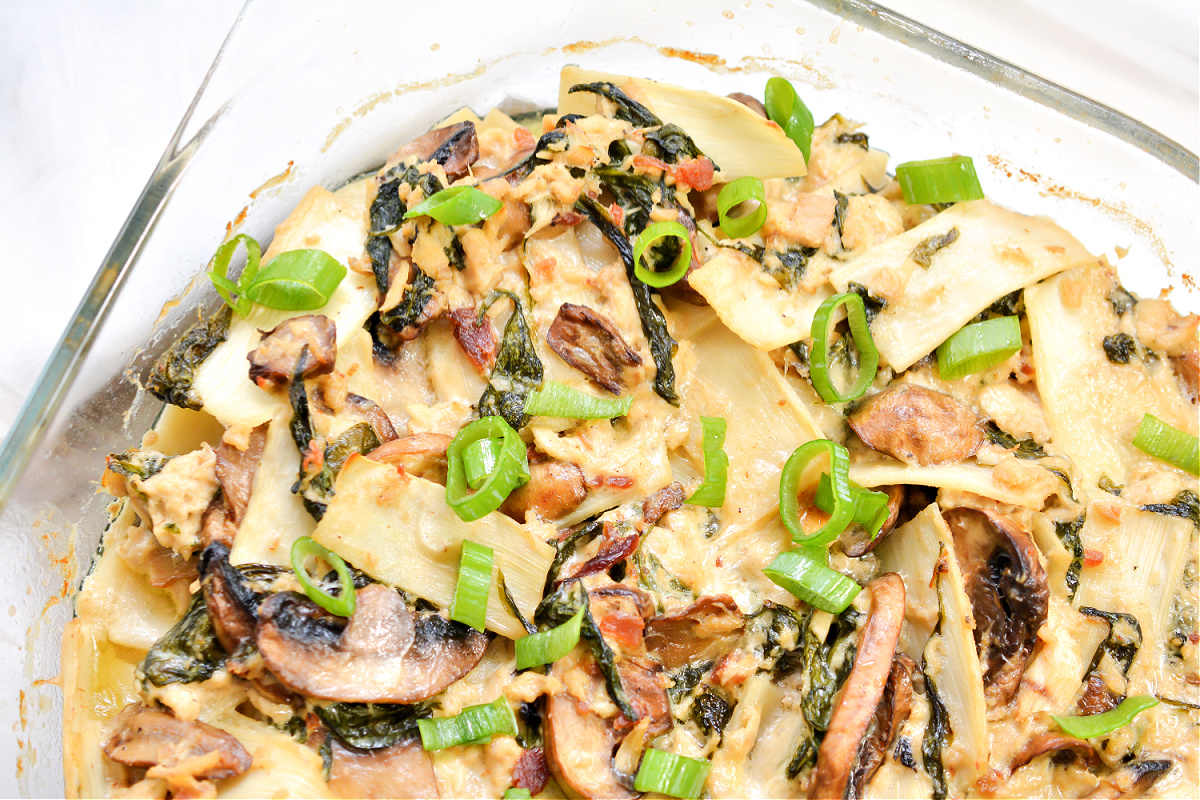 Palmini noodles are made from the hearts of palm. They have so much fiber in them, that they bring the net carb amount really low and they fit in perfectly in a keto diet. They are a fantastic low-carb noodle option. 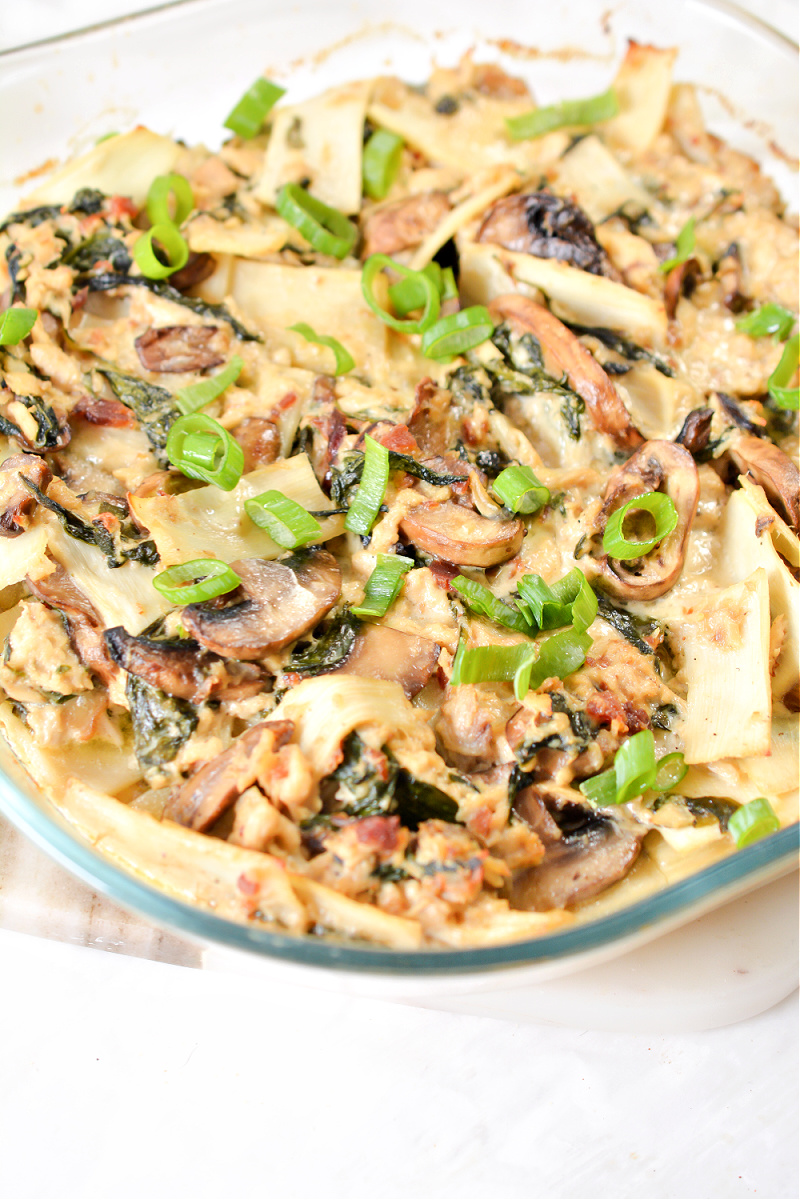 I used the lasagna noodles in my tuna casserole because they are the perfect shape and remind me of the casserole my mom used to make.

Where To Buy Lasagna Palmini Noodles

You can buy lasagna Palmini noodles at Walmart. Be sure to check your local grocery store too, there is a chance they might sell it. It’s sold in a can, so look for it in the pasta aisle in a can. 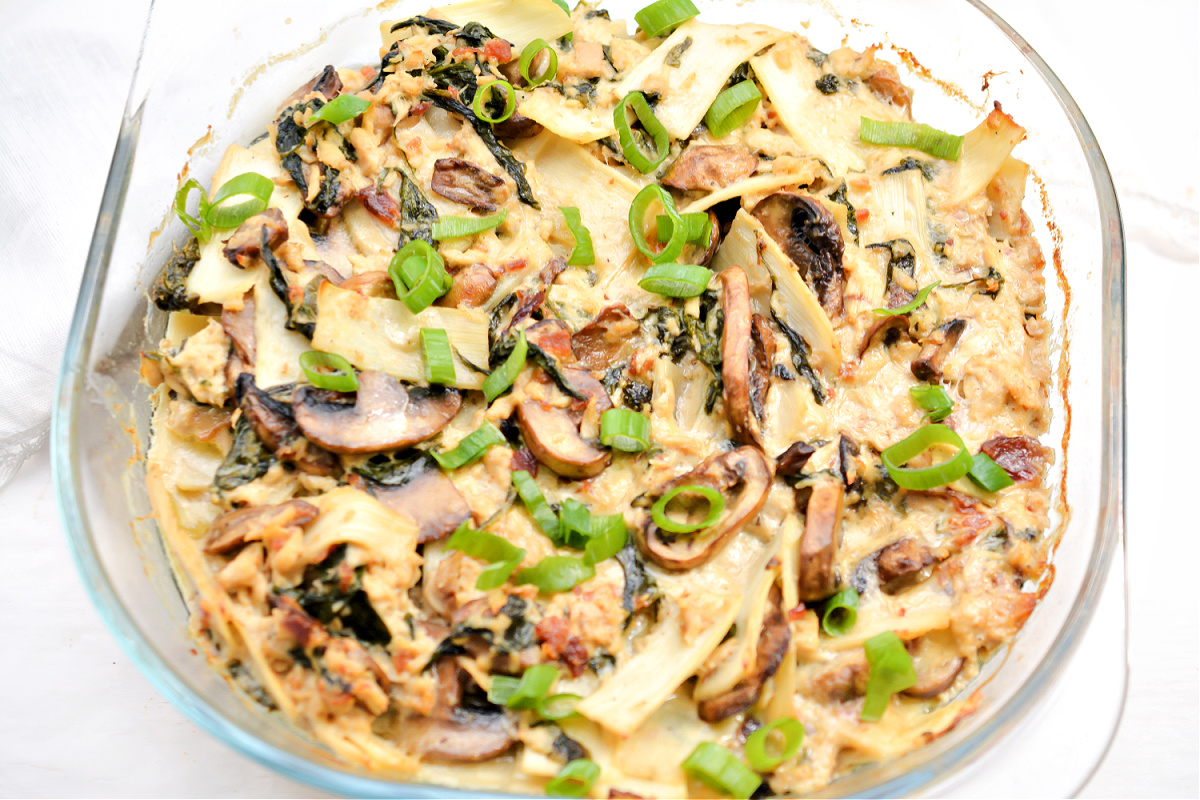 This is a really simple recipe to throw together for your family when you are running around and don’t really have time to cook. In fact, I’ve shared a bunch of recipes that are just as easy, and feed your family too! 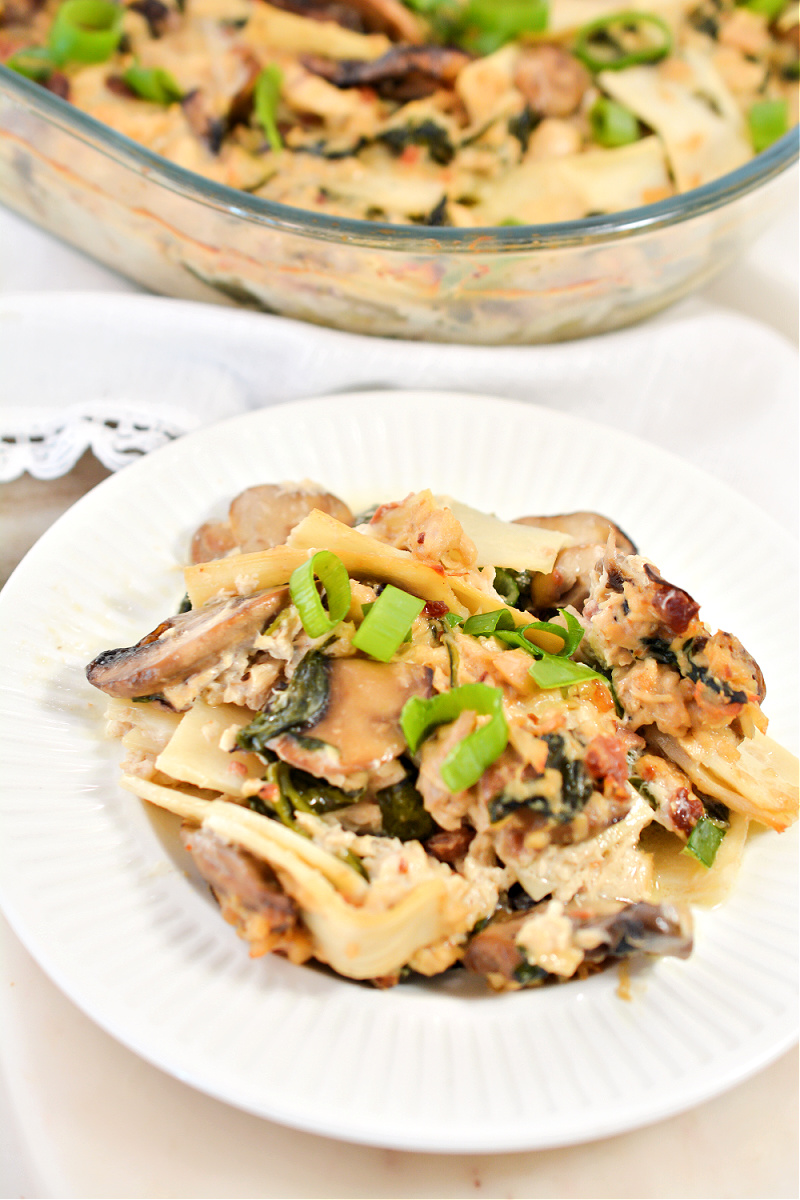 If you want something with a little more kick to it, then you’ll really love my low-carb jalapeno popper chicken casserole. It’s covered in cheese and tastes just like the party appetizers that you love. 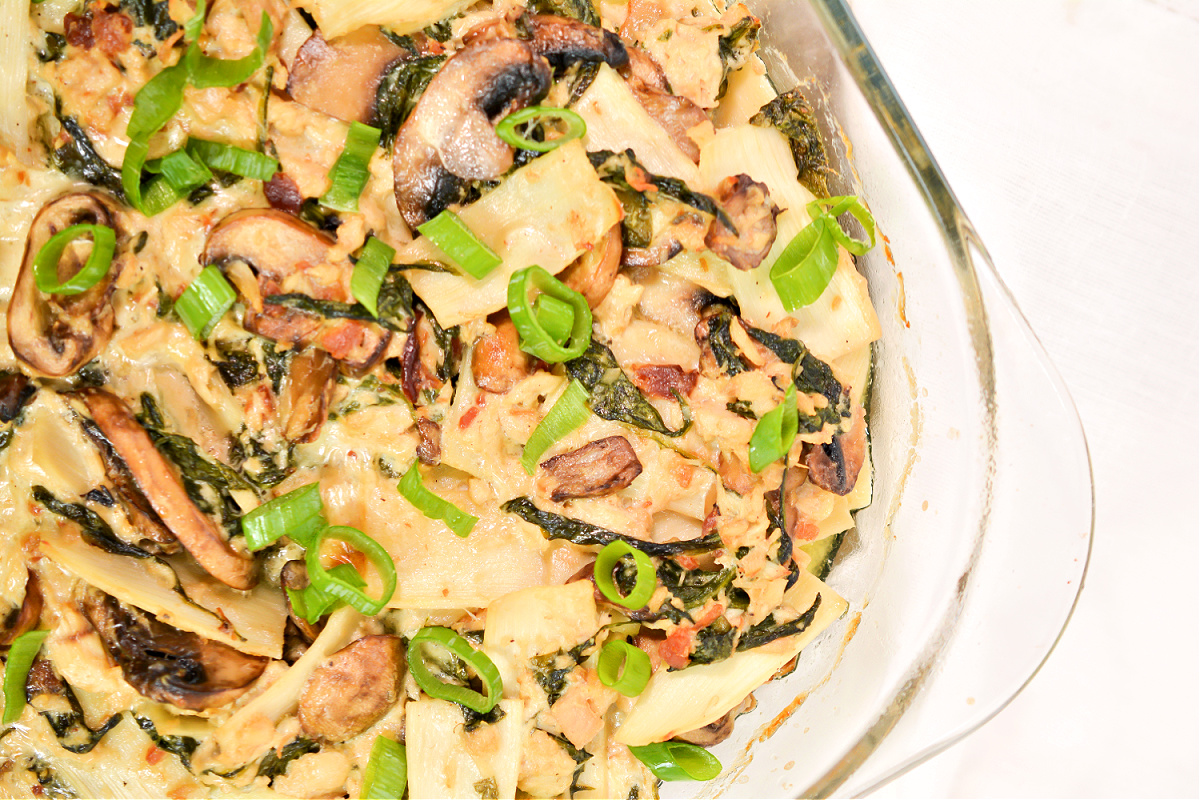 Not into spicy foods? Then maybe this keto ground beef and cabbage casserole is better. It feeds your entire family on the cheap – but tastes like an expensive meal. 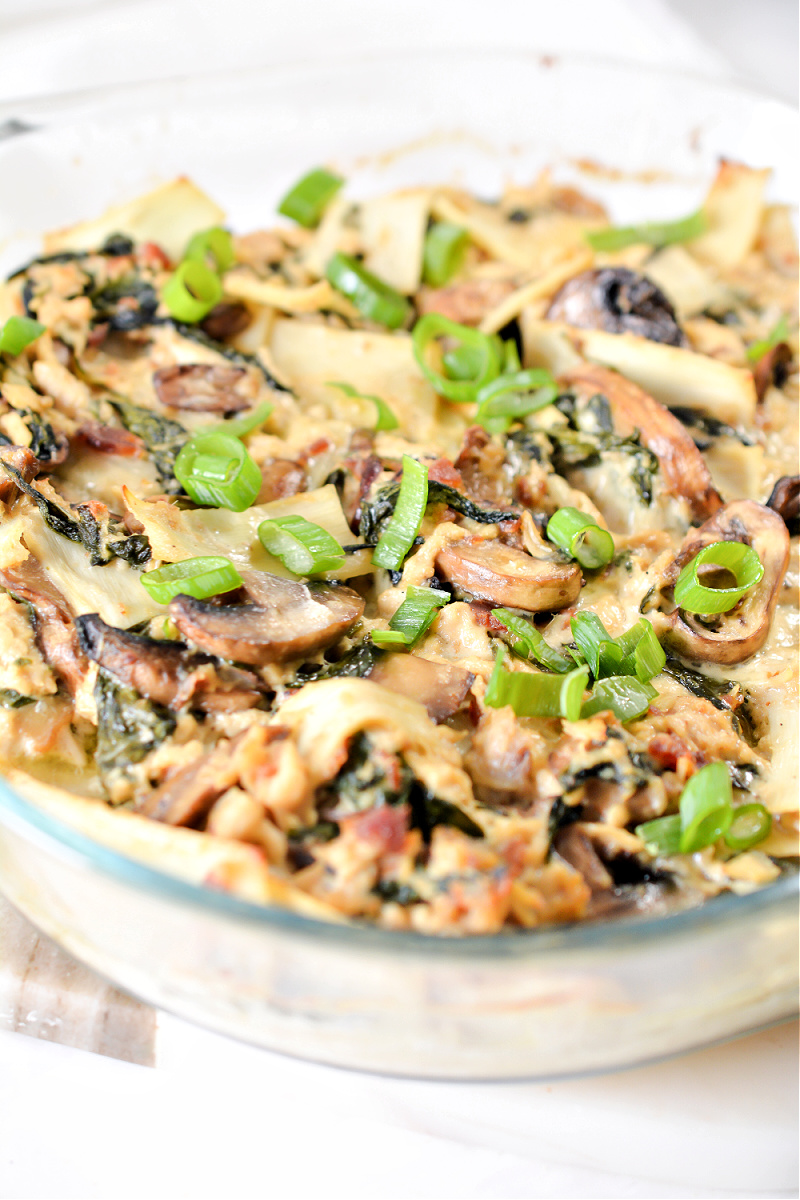 My kids go crazy over my low-carb chicken parmesan casserole. The chicken is breaded and fried to perfection with a tangy marinara sauce – and it’s all keto-friendly!

This is what I call low-carb comfort food! I love how the rich, cheesy sauce mixes with the noodles and the tuna. It is just pure perfection. 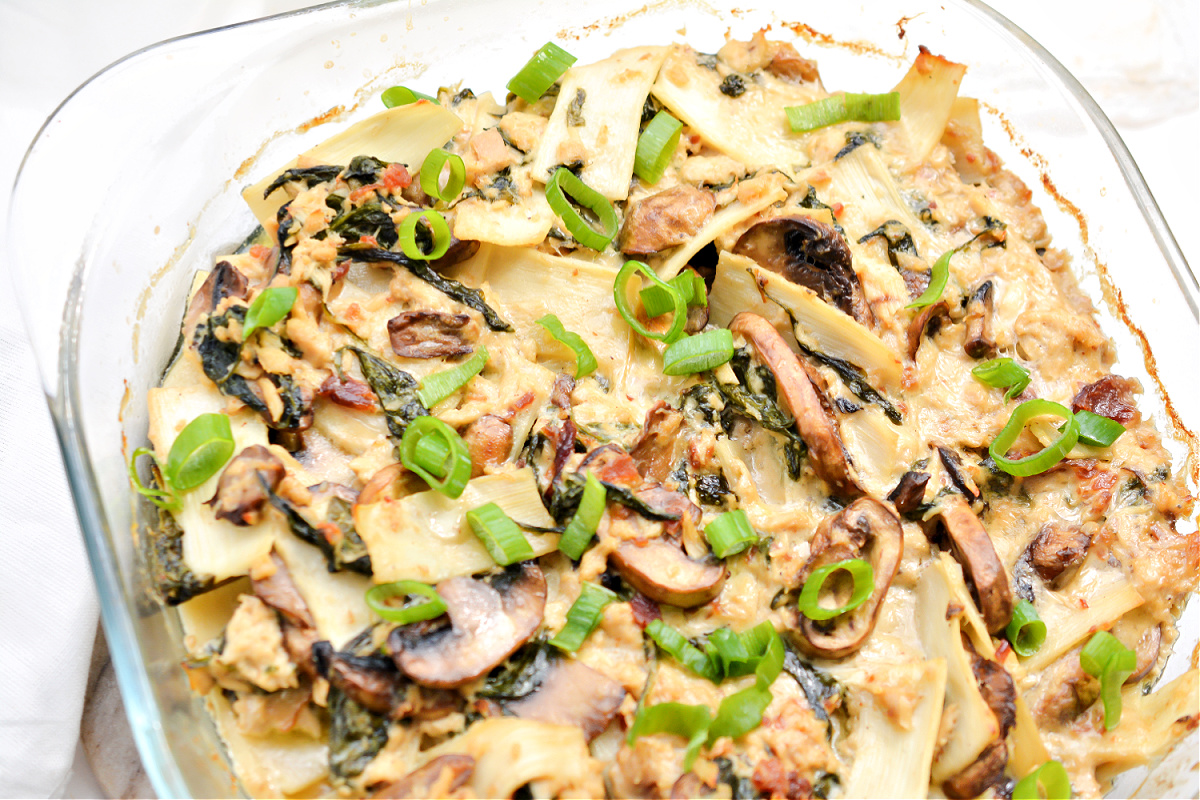 This is a healthy savory casserole that your entire family will love. If someone in your family isn’t a fan of tuna, just make this with canned chicken instead. It will still taste just as delicious! 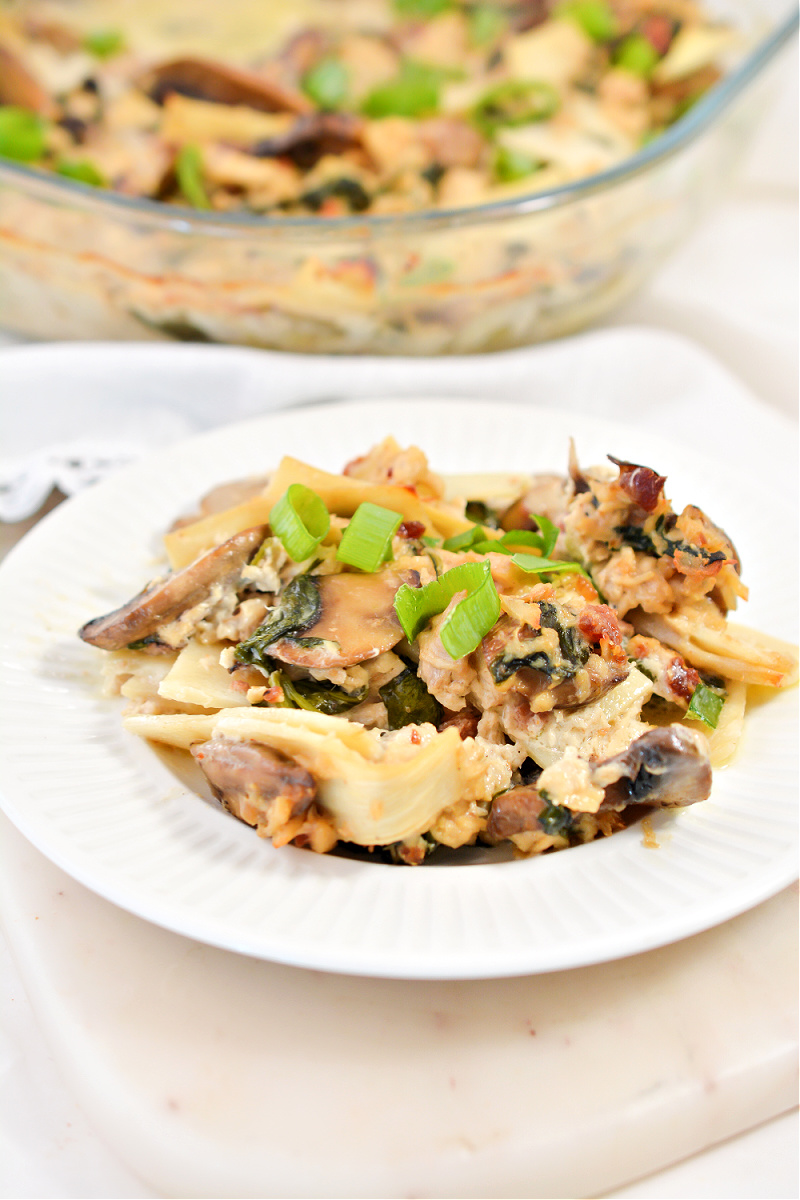 It is a hearty and budget-friendly recipe that is super-easy to make.

Not only is this recipe keto-friendly, but it is really affordable too! Since I used canned tuna, the most expensive part of the meal – the meat – is pretty cheap. Even the Palmini noodles are budget-friendly. 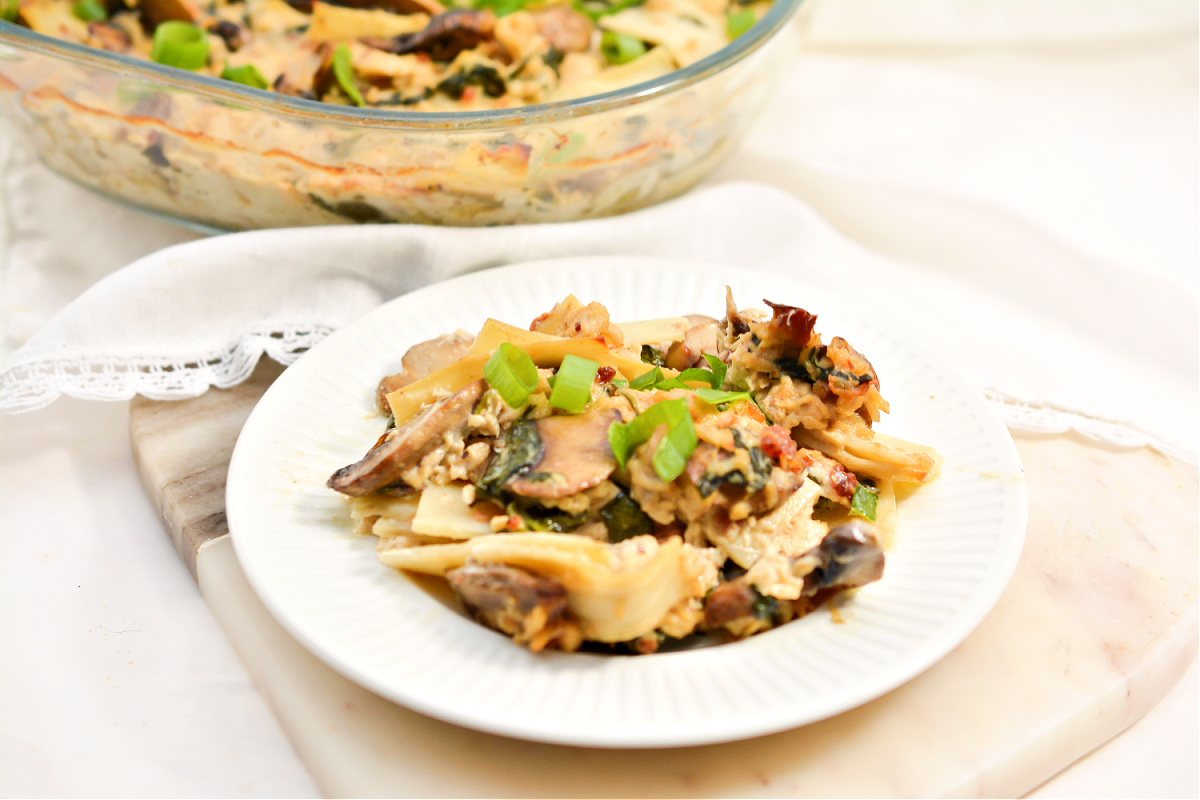 I love creating recipes that will help you save money. Check out this keto chili relleno casserole. It tastes just like something you might order at a Mexican restaurant, but costs way less. 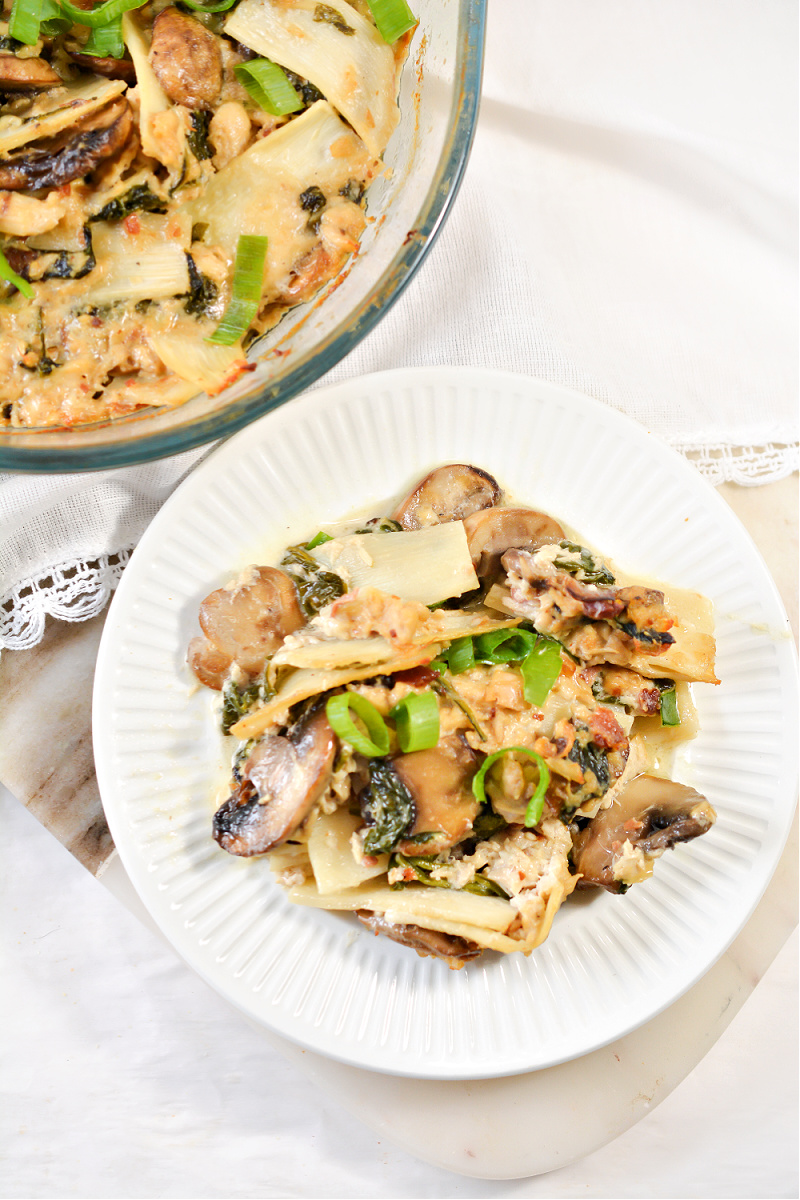 Or make breakfast for dinner when you throw together this keto bacon and egg casserole. This might just be one of the easiest recipes I have ever made.

Be sure to make extra when you make this for dinner, then save the leftovers for meal prep. Store the leftover tuna casserole in an airtight container. It will stay fresh for up to 5 days. 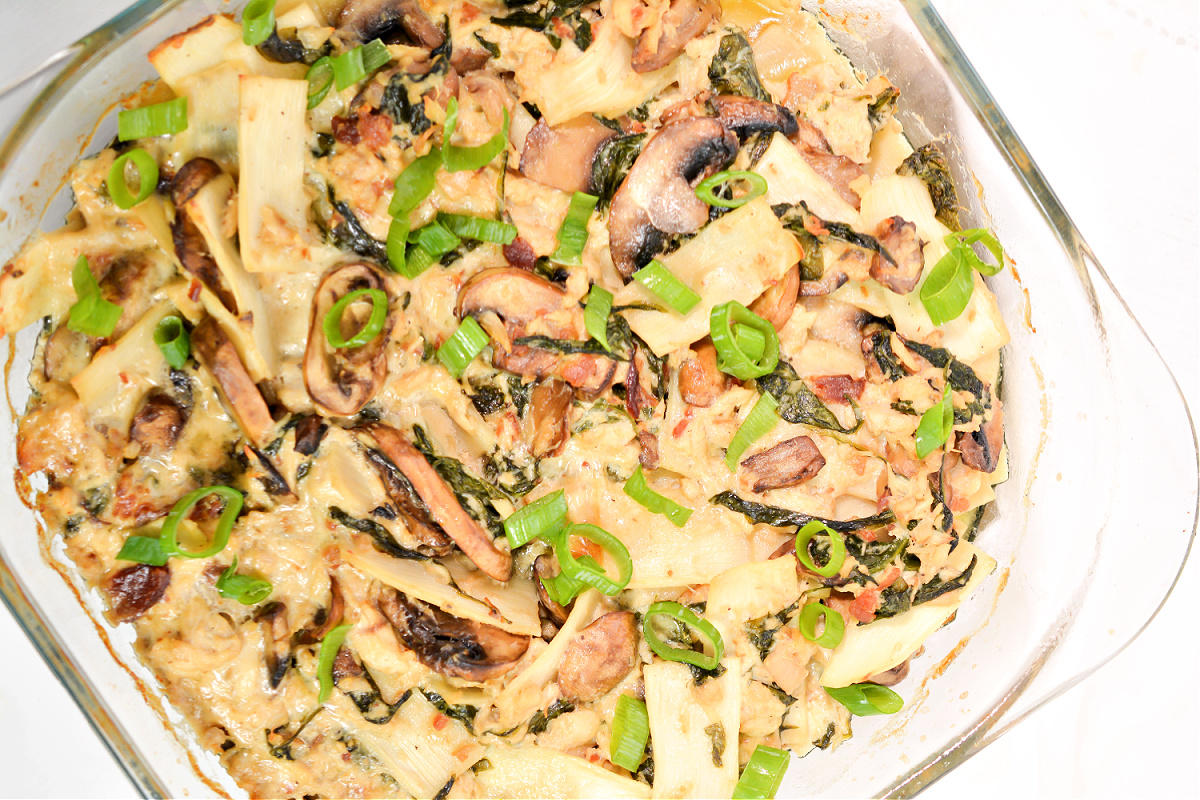 What To Make With Canned Tuna

When I was a kid, tuna noodle casserole was one of my favorite recipes! It is usually made with canned tuna and egg noodles. To save on carbs, I just used Palmini noodles instead. 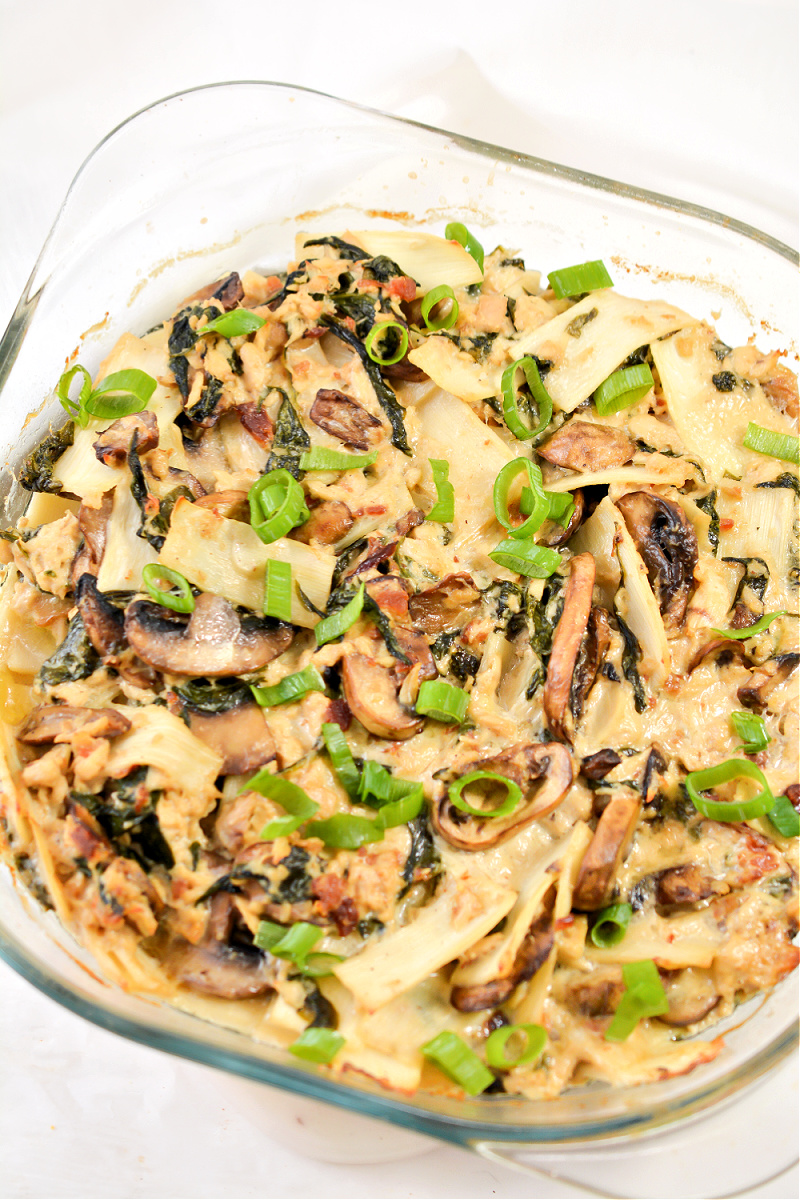 Since I am all about saving money, I have a few other tuna recipes that you can make with canned tuna. Try this quick keto tuna salad. It tastes great wrapped in crispy lettuce wraps. 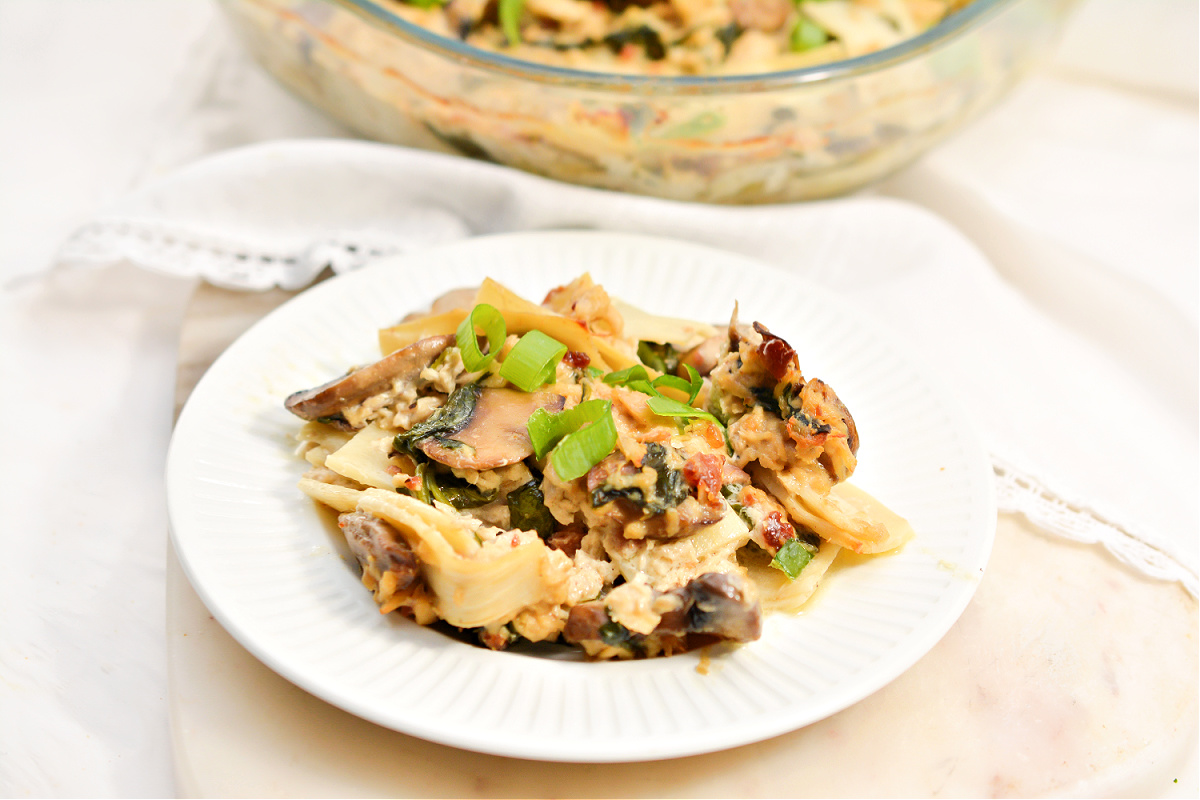 Need some party food? Make some low-carb tuna melt poppers. If you like things with some crunch, whip up some low-carb cashew tuna salad. The options are endless!

There are lots of ways that you can customize this simple casserole and turn it into a one-pot dinner idea. Add in some veggies like spinach, broccoli, or even some green beans. 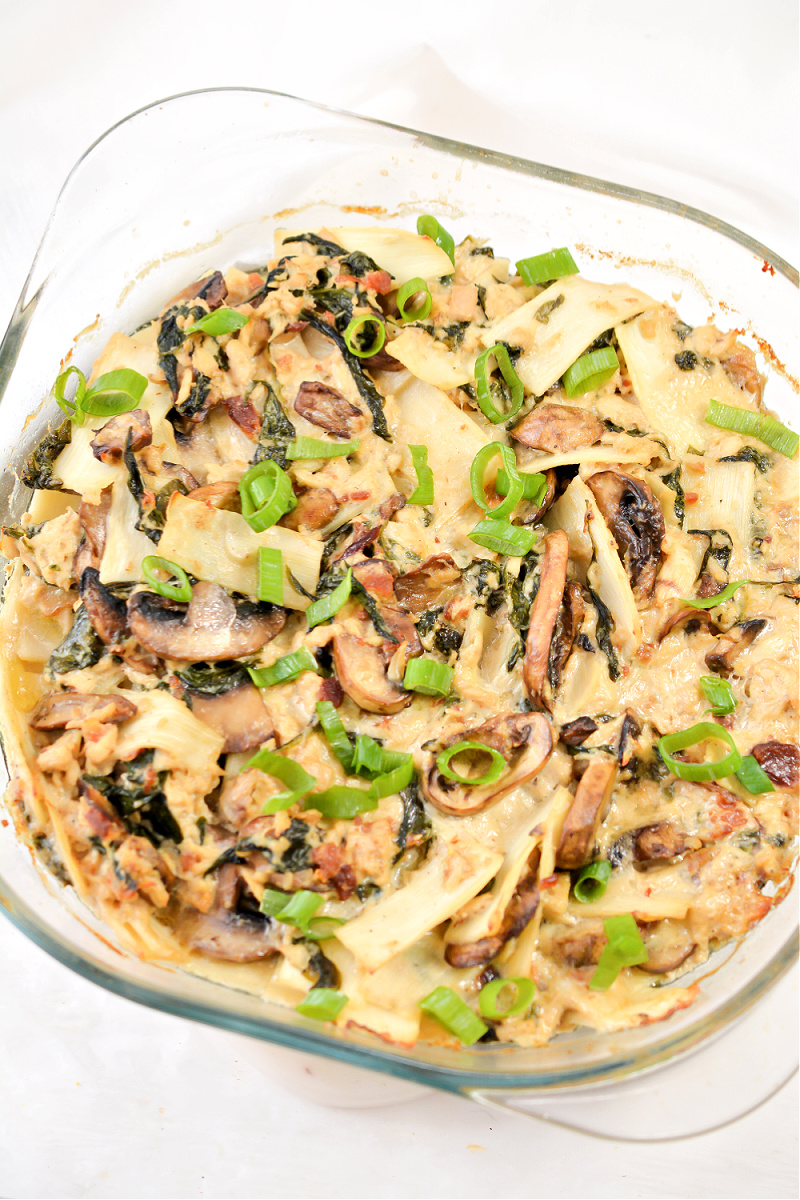 It already has mushrooms in it – and they are a wonderful source of calcium and vitamin D.

Here are the ingredients and some photos of each step of the recipe – the exact measurements are within the printable recipe card a little further below. Don’t forget to pin this to your keto casserole ideas board on Pinterest so you can find it later!

Heat 2 Tbsp. butter in a large skillet over medium heat on the stove.

Add the mushrooms to the skillet and saute until becoming tender. Remove and set aside. 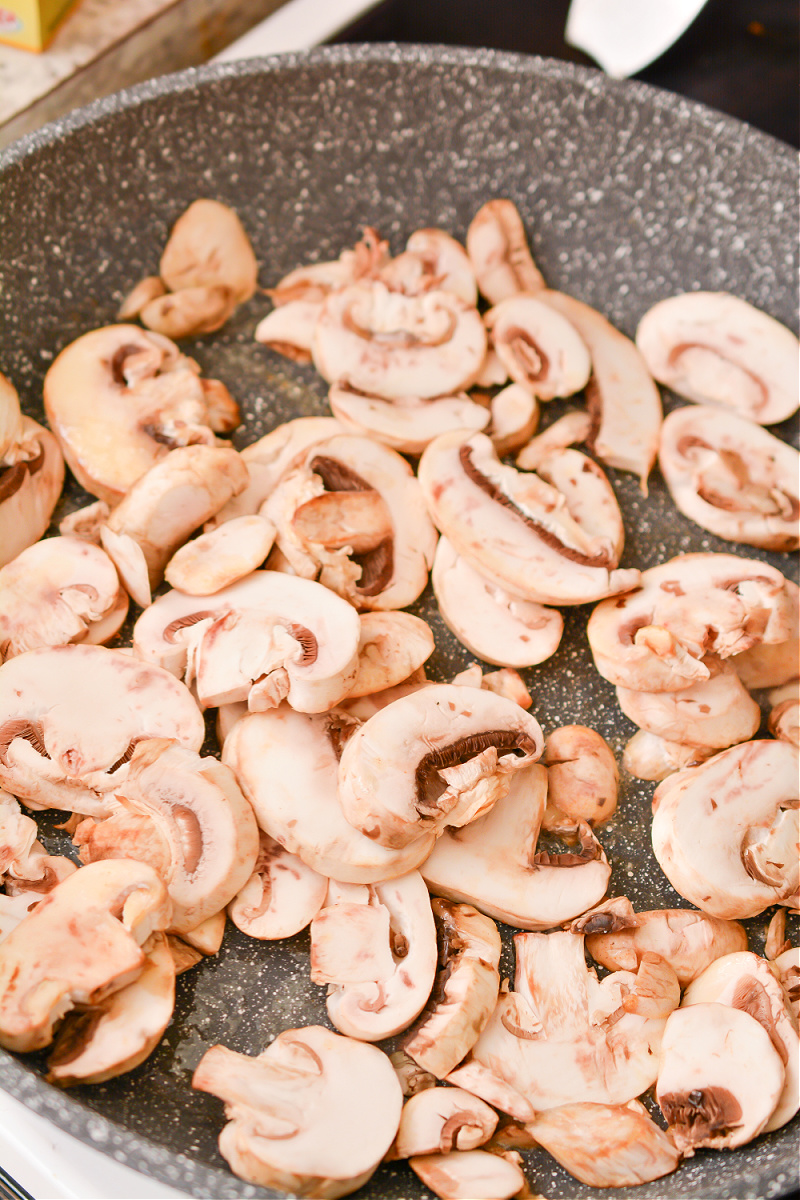 To the same skillet, add the remaining butter and the garlic. Saute for 30 seconds. 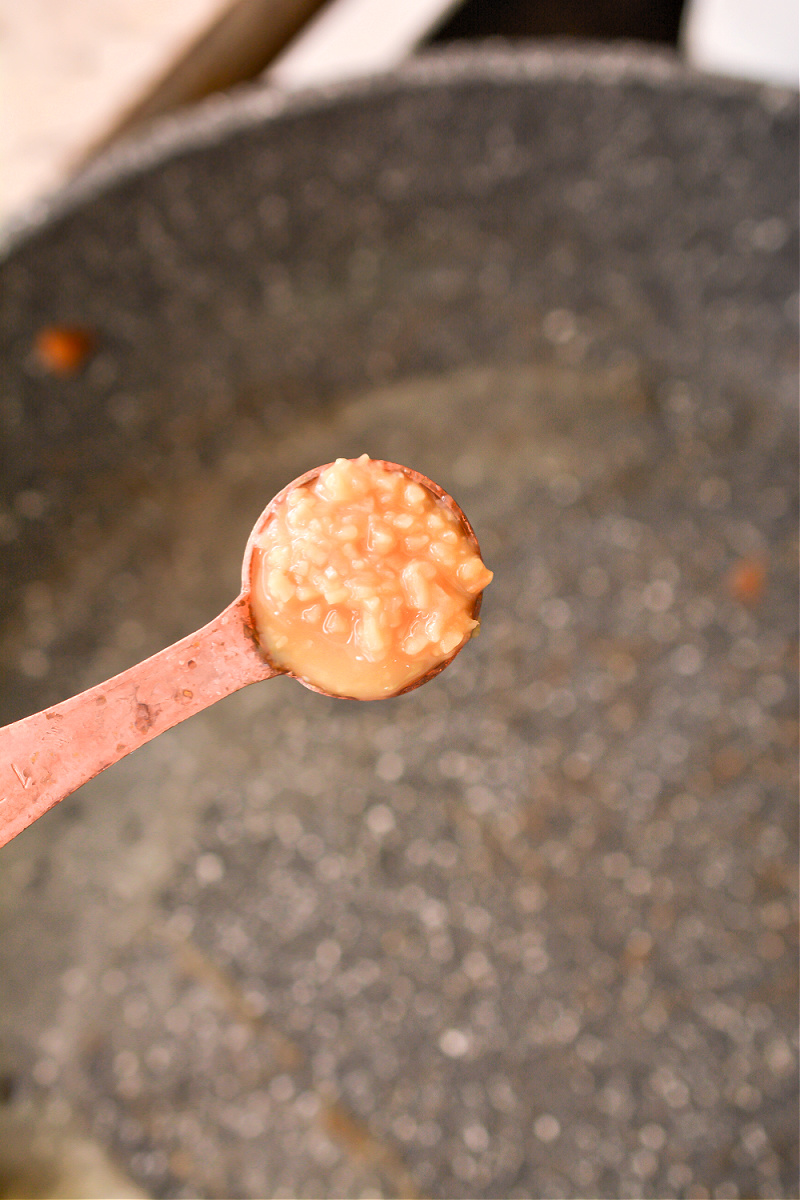 Whisk in the heavy whipping cream, parmesan cheese and chicken broth. Saute until it begins to thicken. 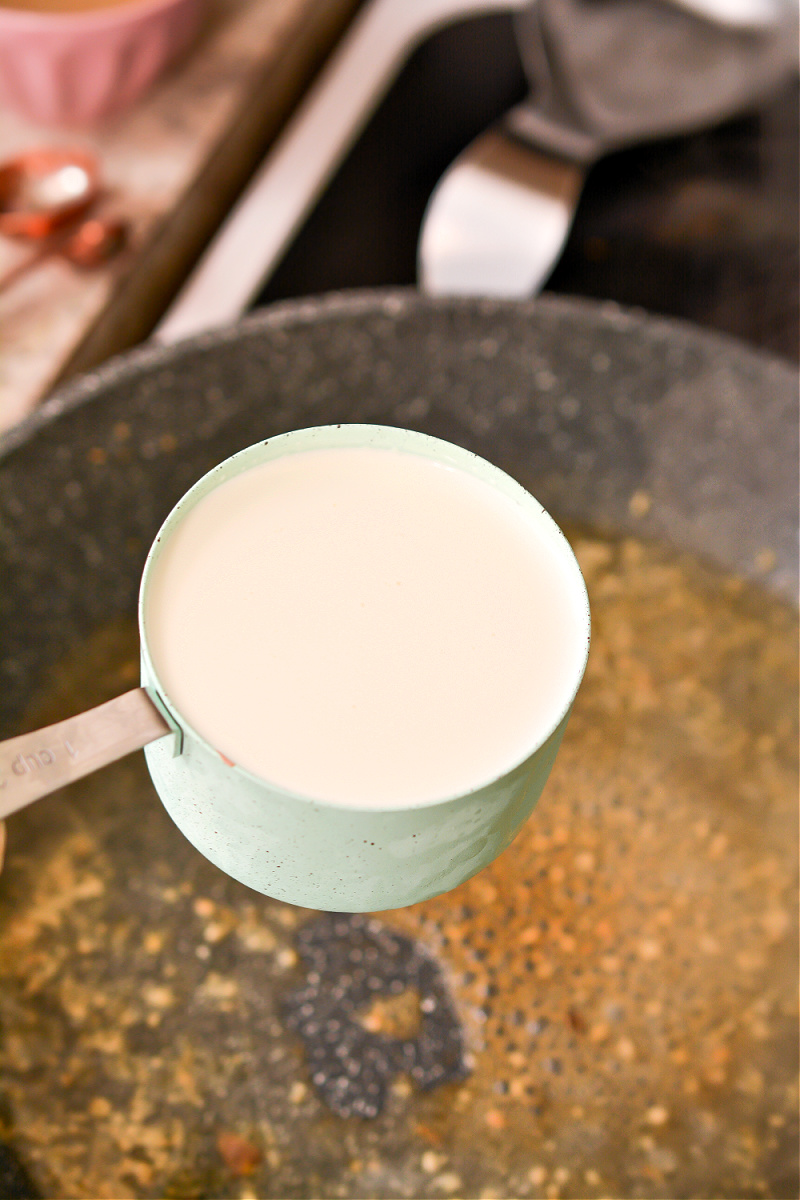 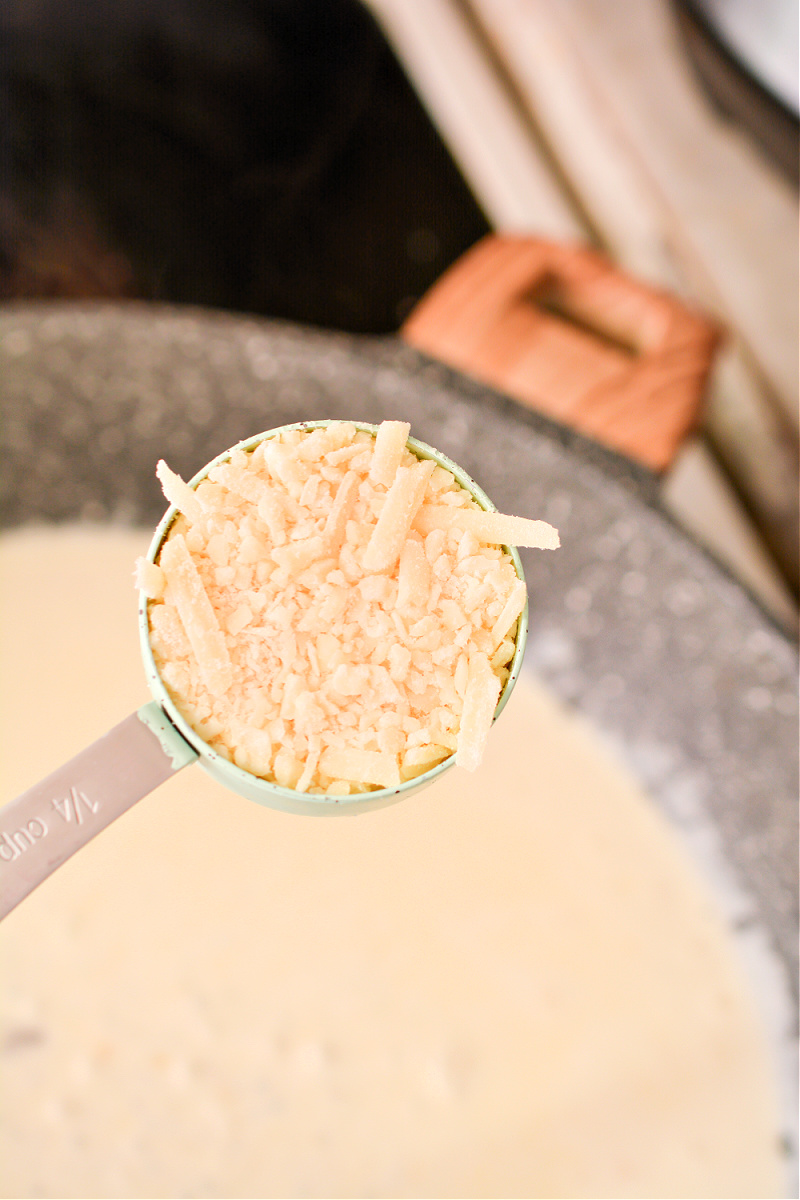 Preheat the oven to 350 degrees.

Add the spinach and palmini noodles to the skillet, and saute covered until the spinach is wilted. 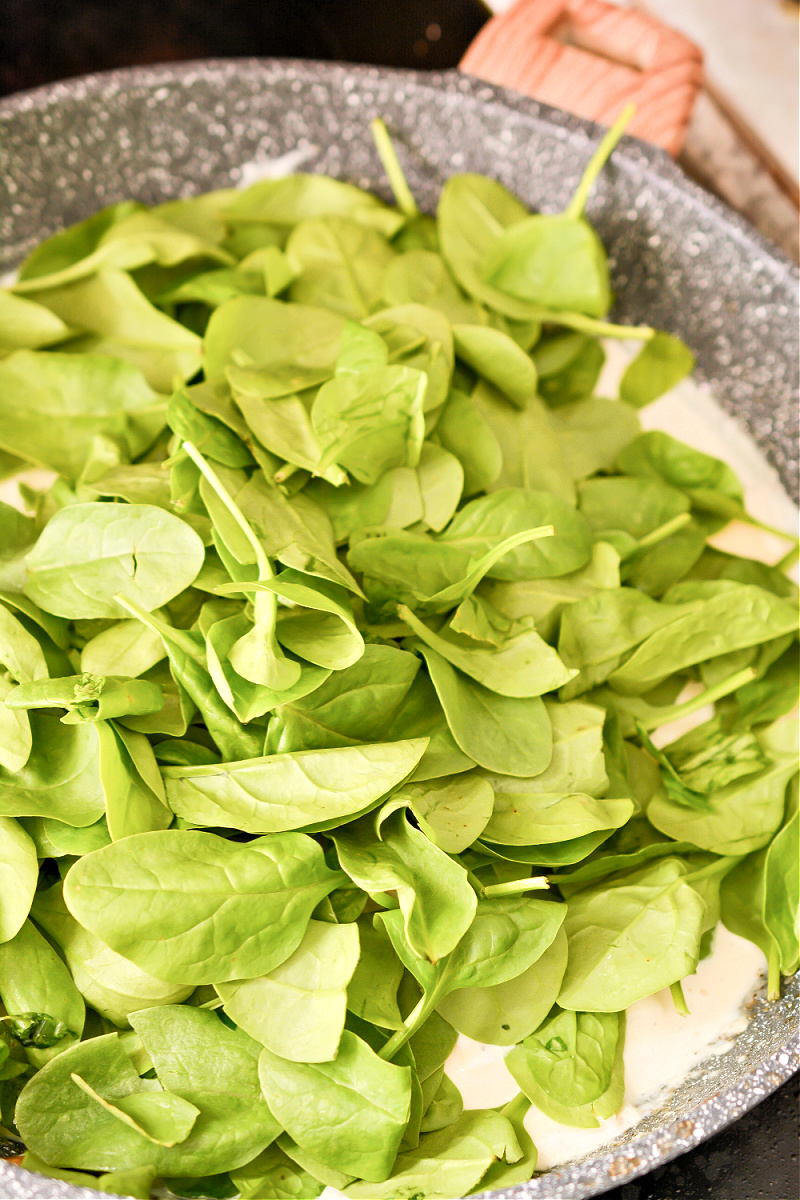 Stir in the tuna, mushrooms and crumbled bacon as well as salt and pepper to taste. 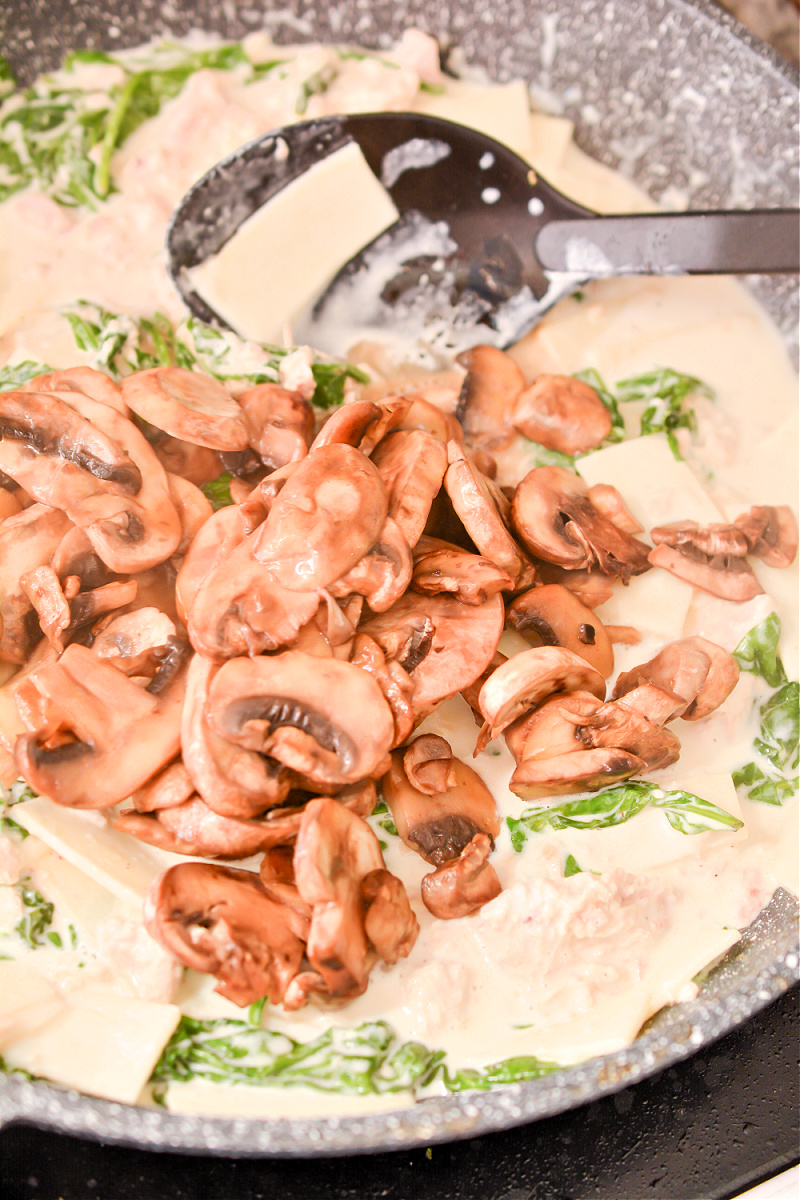 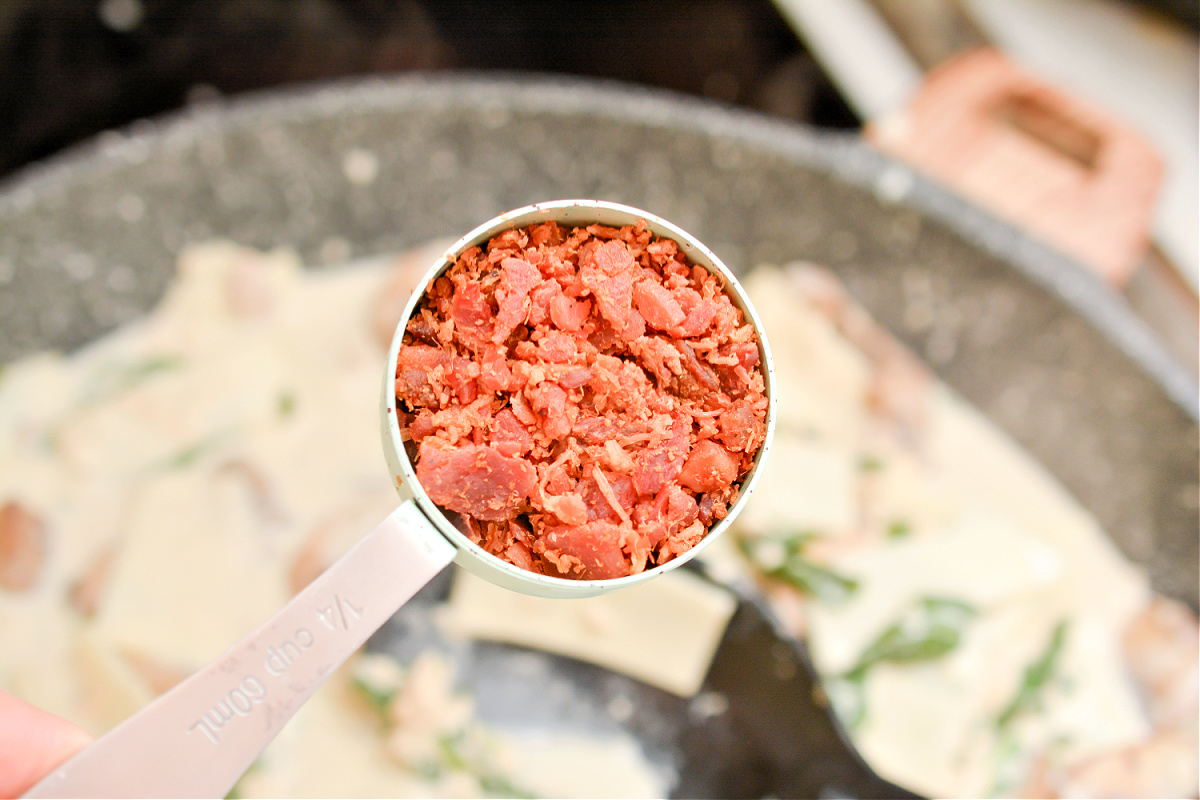 Pour the mixture into a 9×9 baking dish. 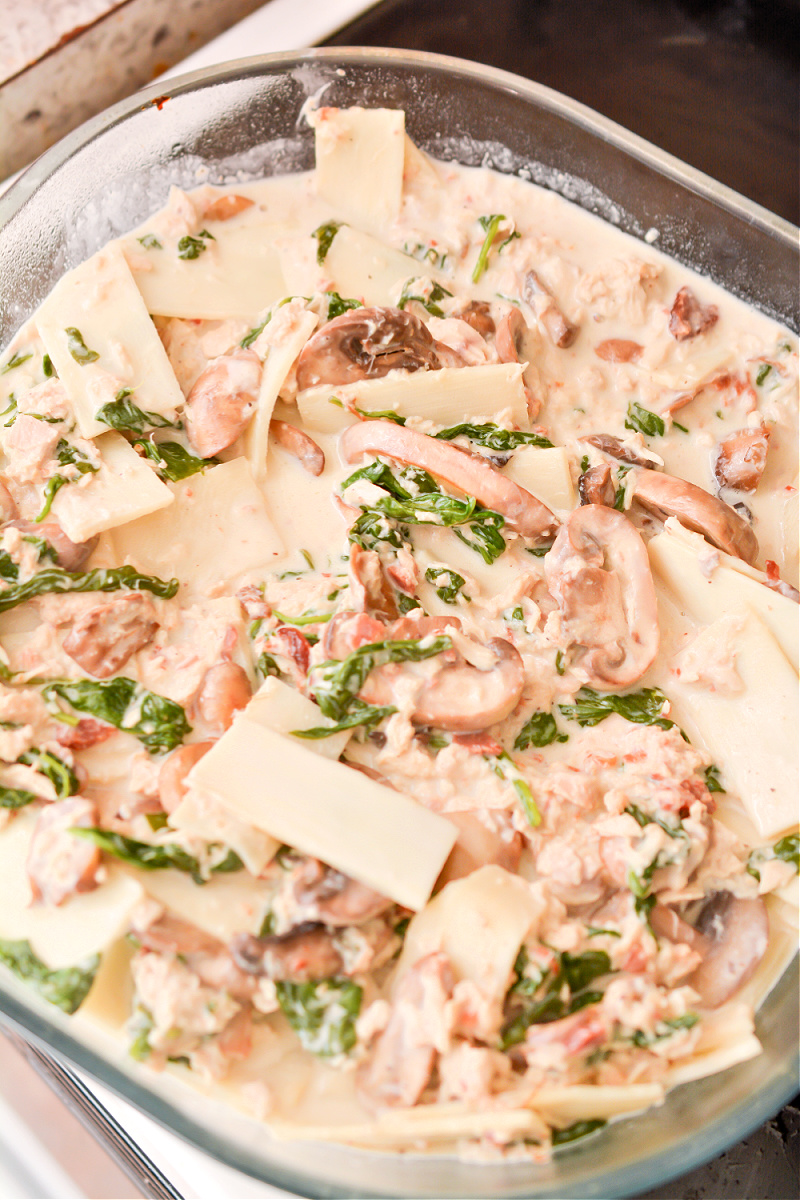 Garnish with green onions before serving. 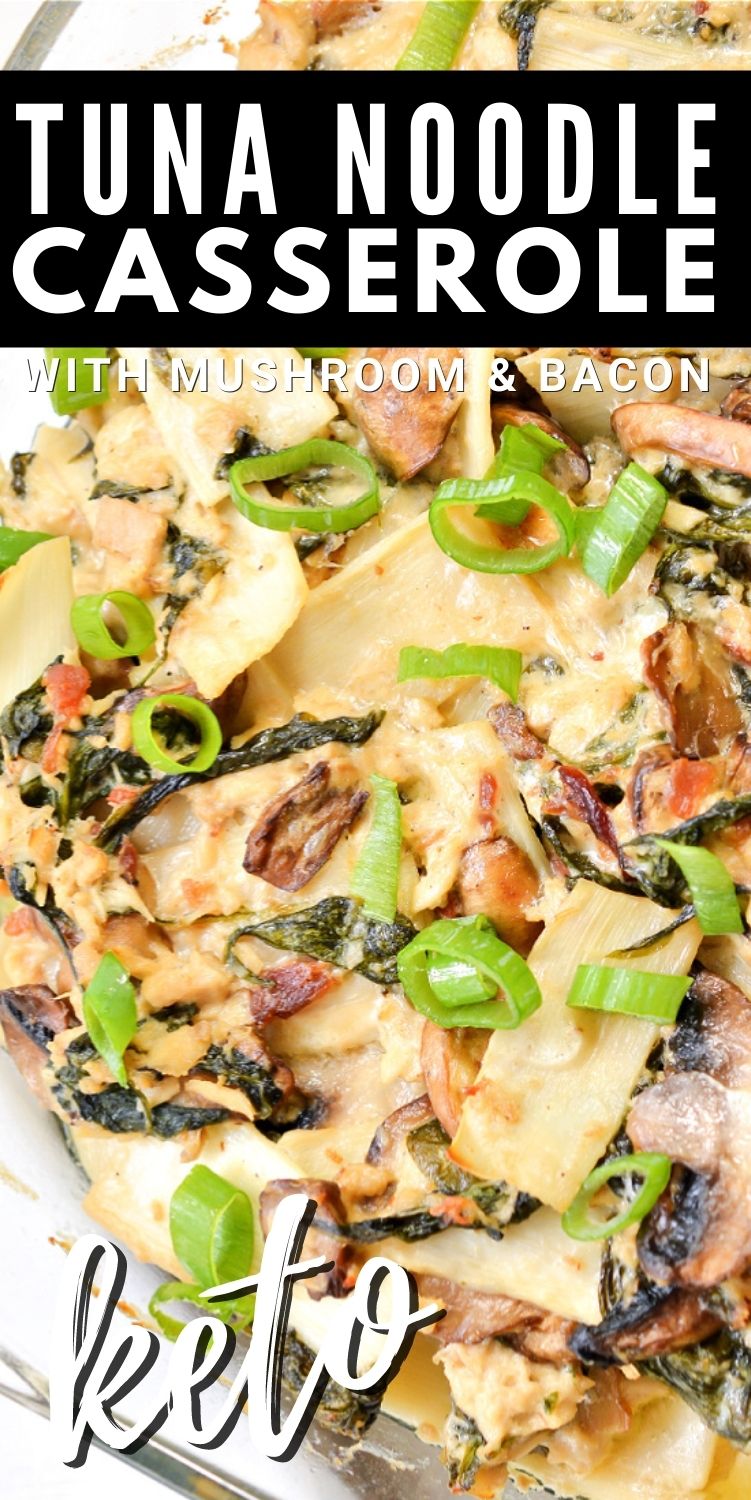 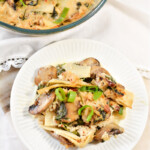 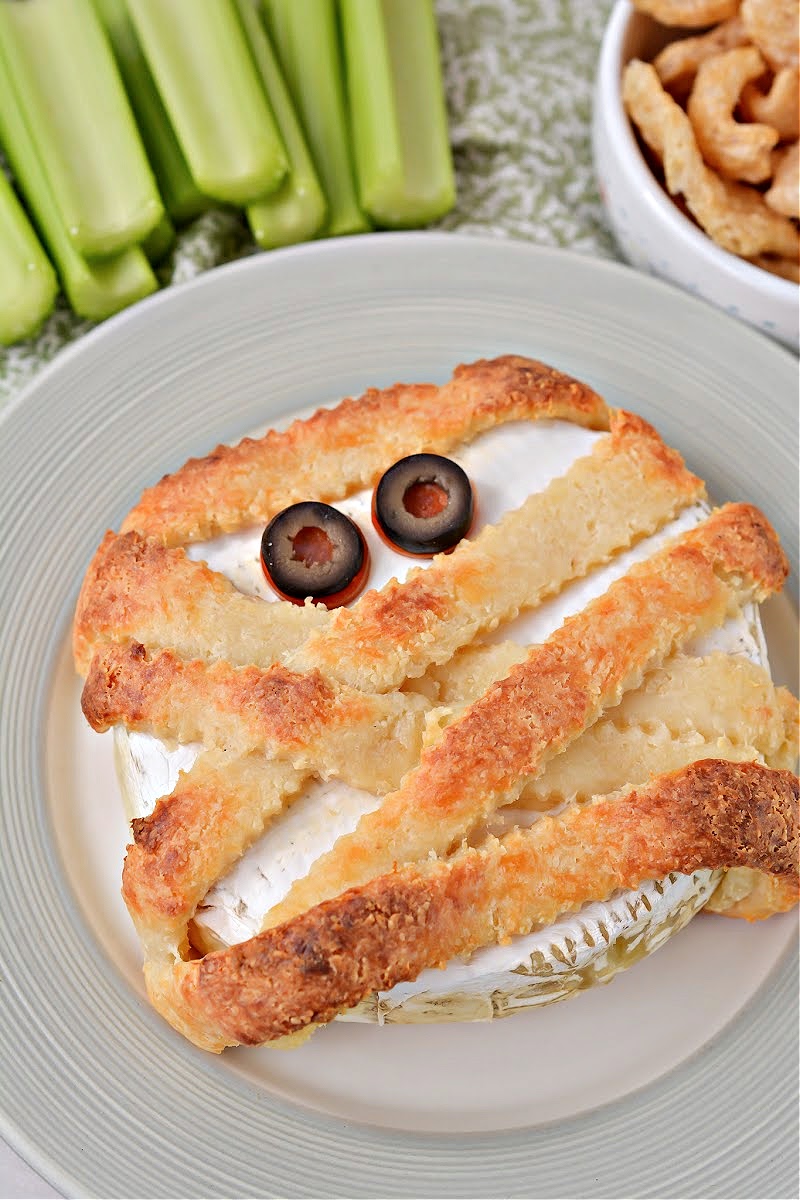 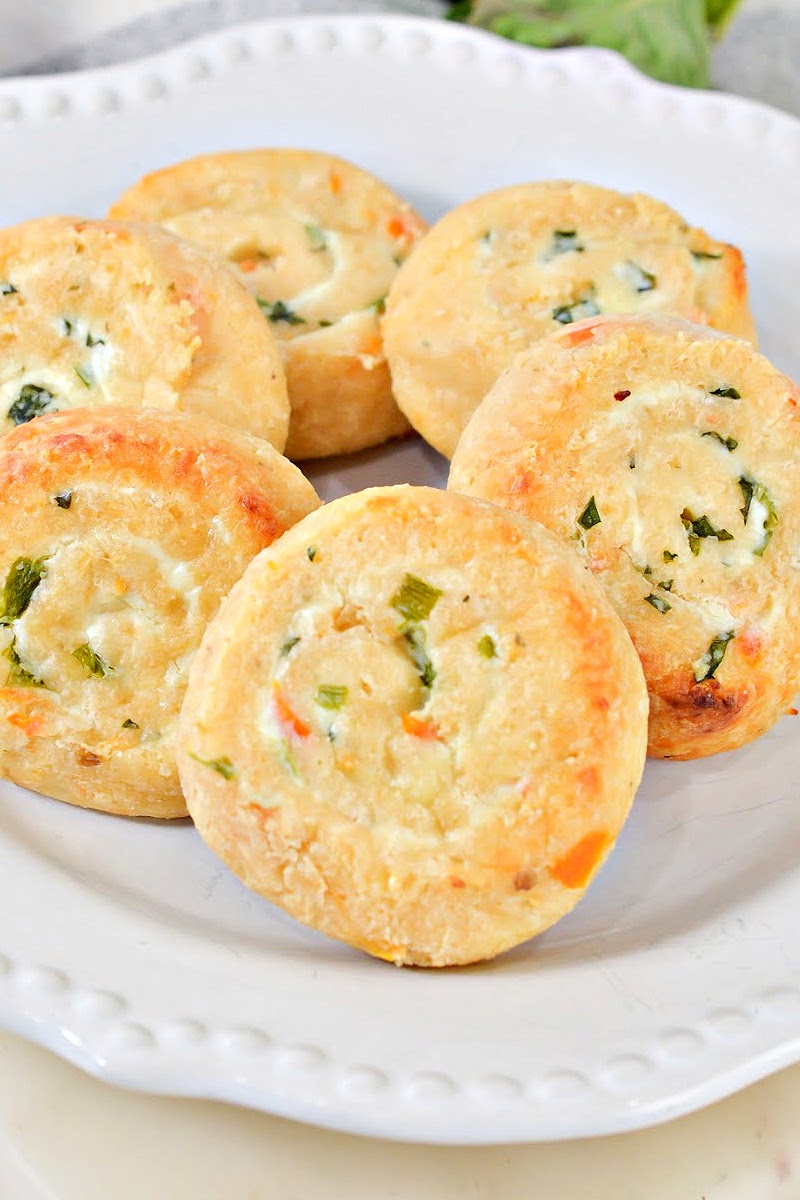